US President is to announce a 9,800-strong US force will remain in the war-wracked country for much of next year 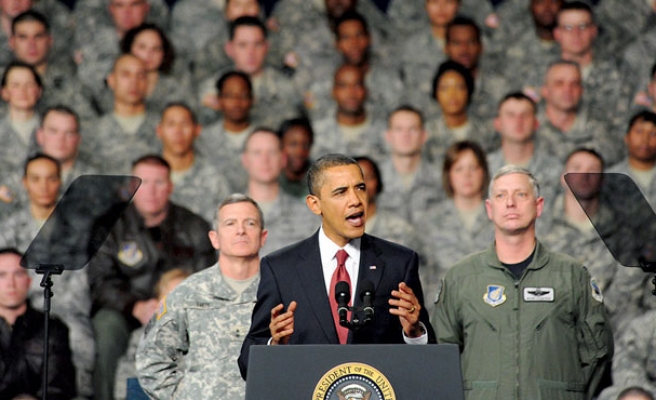 US President Barack Obama will announce Thursday that thousands of US troops will remain in Afghanistan through 2017, due to a tough security reality that scuppers one of his defining election promises.

Obama will announce a 9,800-strong US force will remain in the war-wracked country for much of next year, officials said.

By early 2017, when the 45th president will be sworn in, troop numbers are expected to be about 5,500, rather than 1,000 as planned, an administration official said.

That means Obama will bequeath a vexed 14-year war he inherited from George W. Bush to his successor.

The official announcement will take place at 1500 GMT in the Roosevelt Room, with Obama flanked by US Defense Secretary Ashton Carter and Joe Dunford, chairman of the Joint Chiefs of Staff.

During Obama's 2008 and 2012 election campaigns he pledged to end the war that has now killed over 2,000 Americans and injured or maimed tens of thousands more.

But America's "longest war" -- one prompted by the Taliban's refusal to surrender Osama bin Laden after the 9/11 terror attacks -- will continue.

Recent intense fighting has underscored the vital role of American troops in training the still fledgling Afghan forces and in counterterror operations.

Two weeks ago the Taliban scored their biggest military victory since the 2001 US-led invasion, capturing the city of Kunduz.

Only a swift response by US-trained Afghan security forces led to an eventual Taliban retreat.

The administration official said Obama was making his announcement "as a result of an extensive, months-long review, and in consultation with his full national security team and our Afghan partners."

The troops that will remain will stay at a small number of bases, including at Bagram Airfield -- the largest US military base in the country -- Jalalabad in the east, and Kandahar in the south.

But the official stressed that the troops would not have a combat role.

"This announcement in no way changes the fact that our combat mission in Afghanistan has ended, and we will continue to undertake only two narrow missions: counterterrorism and training, advising and assisting our Afghan partners," the official said.

Obama late last year declared an end to combat missions in the country, but critics accused the administration of following a politically guided timetable, or of playing with words.

The NATO coalition said Tuesday that US and Afghan forces carried out one of their largest joint operations in southern Kandahar province, dismantling a major Al-Qaeda sanctuary in the Taliban's historic heartland.

The news on the troop deployment came after a series of setbacks, including a US air strike on October 3 on a hospital in Kunduz run by Doctors Without Borders that killed at least 14 staff and 10 patients, with nine others still unaccounted for.

Carter on Wednesday foreshadowed the announcement, saying it was important for the United States "to formulate options for 2016 and beyond and make adjustments to the planned US presence based on current circumstances."

"It's important to say these things because the narrative that we're leaving Afghanistan is self-defeating," Carter told a US Army conference in Washington.

"We're not, we can't, and to do so would not be to take advantage of the success we've had to date," Carter said.

NATO forces have been in Afghanistan since 2001.

Though the United States represents by far the largest contingent, Carter last week said several NATO defense ministers told him they were open to modifications to current plans.