Obama: Security pact with Philippines no threat to China

Obama says not planning to rebuild old bases or construct new ones, and goal is not to contain China 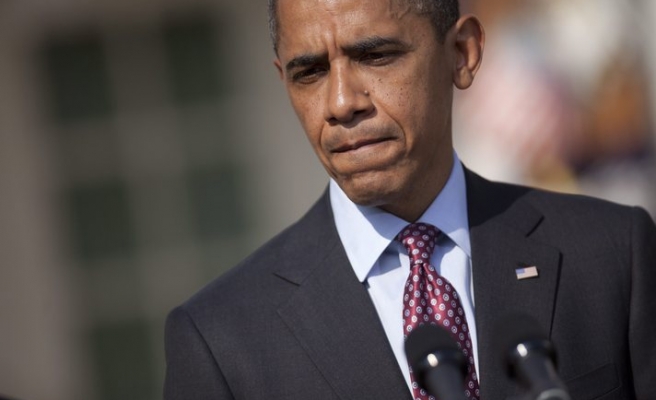 President Barack Obama said a new military pact signed with the Philippines on Monday granting a larger presence for U.S. forces would bolster the Southeast Asian country's maritime security, but was not aimed at countering China's growing military might.

The agreement, which will have an initial 10-year term, was touted as the highlight of Obama's first visit to the Philippines, the United States' oldest ally in the region.

It sets the framework for a beefed-up rotation of U.S. troops, ships and warplanes through the Philippines, part of a rebalancing of U.S. resources towards fast-growing Asia and the Pacific.

But China interprets the move as an attempt to contain its increasing military capability and embolden Manila in a decades-long territorial dispute with Beijing.

"The goal for this agreement is to build Philippine capacity to engage in training, engage in coordination, not simply to deal with issues of maritime security, but also to enhance our capabilities so that if there is a natural disaster that takes place we can respond quickly," Obama told a joint news conference in Manila after talks with President Benigno Aquino.

He reiterated Washington's support for Manila's move to seek international arbitration over conflicting territorial claims in the South China Sea, an important shipping route that is believed to be rich in energy resources.

The Philippines is the last stop on a week-long tour of Asia partly aimed at reassuring U.S. allies that Washington remains committed to its strategic "pivot" to the region.

Obama said all four countries he has visited, including Japan, which has its own dispute with China over tiny islands in the East China Sea, were committed to seeking a peaceful resolution of territorial issues.

China claims about 90 percent of the South China Sea, a claim that overlaps with those of the Philippines, Brunei, Malaysia, Vietnam and Taiwan.

"Given that the Philippines is at a bitter territorial row with China, the move is particularly disturbing as it may embolden Manila in dealing with Beijing," the commentary said.

"A more assertive or even reckless Manila would stoke regional tensions and in turn upset Obama's policy of rebalancing."

Aquino said China "shouldn't be concerned" about the new agreement, which is aimed at increasing joint military training, especially for disaster relief operations.

The United States and the Philippines will hold joint exercises next week in areas mostly north of the capital.

"We are not a threat militarily to any country, we don't even have ... presently a single fighter aircraft in our inventory," Aquino said, adding his country had "legitimate needs" to protect its 36,000 km (22,370 miles) coastline.

The United States was not seeking to rebuild old military bases or construct new ones under the agreement, said Obama, who was greeted with a 21-gun salute upon his arrival at the presidential palace in the former U.S. colony.

Dozens of anti-U.S. protesters shouted slogans and waved banners to protest against his visit outside the palace.

The United States had maintained two military bases northwest of Manila, including Subic Bay, which was once its biggest overseas naval base, until the Philippine Senate ordered U.S. troops to leave in 1991.

Officials said the new security accord did not specify the number of U.S. troops and equipment to be deployed in the country, with those details to be discussed separately by the two governments.

"They can do construction and upgrade of infrastructure, they can store or preposition defence equipment, supplies and material, as well as hard equipment and supplies," said Lourdes Yparraguirre, Philippine ambassador to Austria and a member of the negotiating panel that worked on the deal for eight months.

"China was never discussed in the negotiations," she told reporters on the sidelines of a signing ceremony hours before Obama's arrival.

"We don't aim to contain or confront anyone. I hope that our neighbours in the region would also view this agreement as a positive contribution to peace, stability, security and prosperity in the region."

While some analysts believe the new military agreement with Washington raises Manila's military capabilities, others think it will create more problems for the country.

"Relations with China...will deteriorate further in the context of maritime disputes. China is averse to any Philippine government initiative to involve the U.S. in its security agenda," said Rommel Banlaoi, analyst at the Center for Intelligence and National Security in Manila.