One dead after Philippine airport blast

Dozens of U.S. soldiers are stationed in the city, training and advise Filipino troops against the insurgency there. 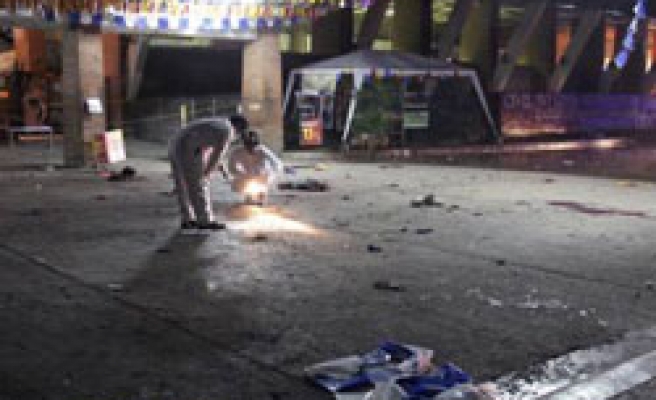 A powerful blast suspected to be a bombing outside an airport in the southern Philippines killed one person and wounded more than a dozen people on Thursday, the local mayor said.

"There was one man who died on the spot and he could be the one who detonated the explosive device," Celso Lobregat, mayor of Zamboanga City in southern Mindanao island, told reporters.

"It's not a grenade attack, it could be a bomb but we can't determine it at the moment," he said when asked what caused the explosion.

"We're still investigating the incident and we don't want to speculate on the motive for the attack," Lobregat said.

The blast happened as people were leaving the airport after the arrival of a flight from Manila, Lobregat said.

Dozens of U.S. soldiers are stationed in the city, training and advise Filipino troops against the insurgency there.