One dead as heavy rains cause flash floods in Indonesia 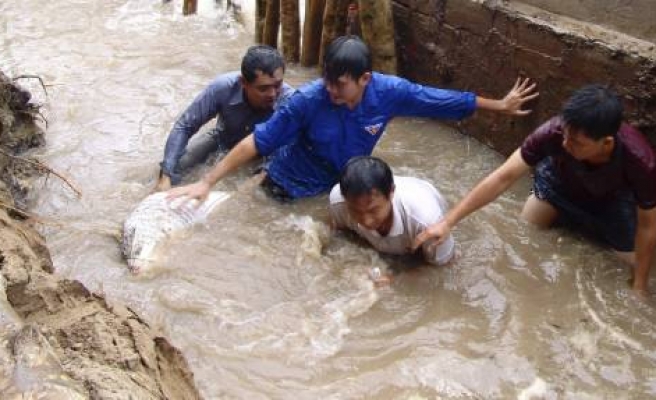 Heavy rains on the Indonesian island of Sumatra have left one person dead, and dozens of homes swamped as floods and landslides struck the region.

Indonesian National Board for Disaster Management head Nasir -- who like many Indonesians uses only one name -- told Anadolu Agency on Friday that a 53-year-old was swept away in a flashflood in Pasaman Regency in West Sumatra province the night before.

Local Police Commissioner Sihana said 300 families had been displaced and “taken shelter at schools, places of worship, as well as houses not affected by the floods.”

The Batang Sangku river running through the region overflowed by around 80 to 100 centimeters on Thursday afternoon. The flooding -- which lasted until the evening -- also caused landslides in the Barisan Mountains, which run across Sumatra.

The disaster management’s agency’s chief for Pasaman, Arifnur, was quoted in local media as saying, "dozens of homes were hit by materials like wood and stone brought by the floods."

The heavy downpour affected most parts of Indonesia, including the capital Jakarta.

Jakarta Governor Tjahaya Basuki Purnama said the administration had undertaken a number of preparations ahead of the rainy season that started in November.

Floods last year had paralyzed the capital region, resulting in the declaration of a state of emergency.