One rebel leader captured, one escapes in Philippines raids 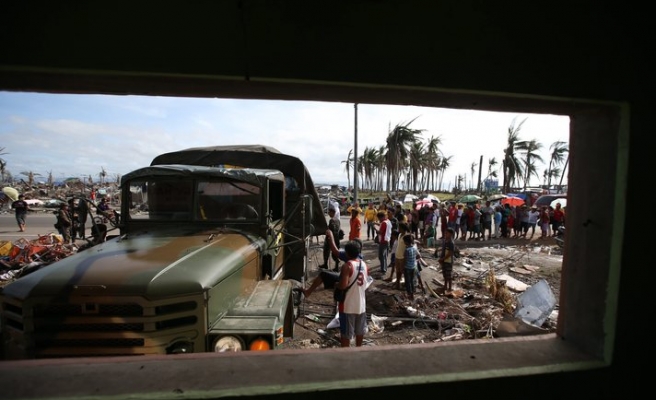 Listed by the US as one of the “most wanted terrorists in the world” and a “key leader and financier” of Abu Sayyaf, he was arrested on Wednesday morning, a police statement said.

Mundos had been on the run as of 2007 after escaping a three-year captivity and has been subject to a manhunt since.

Meanwhile, Filipino officials said a notorius bomb-making expert with links to the Philippines branch of Jemaah Islamiyah was injured on Wednesday during a raid on his hideout.

Abdul Basit Usman - who for years has also been on America's most wanted list - was wounded in a joint military and police raid in Maguindanao in the Philippines Muslim south, but managed to escape.

Jemaah Islamiyah - another Al Qaeda-linked Southeast Asian militant group - has a long record of bomb attacks in Indonesia and in the region, among them two simultaneous blasts in Bali nightclubs in October 2002 in which 202 people died.

Army Lt. Col. Donald Hongitan said that Usman was wounded "as per report from our operating troops in the field."

Two of Usman's relatives were reported to have died in the incident, and four women were arrested - one of the whom is thought to be the wife of either Usman or Marwan, a JI top operative from Malaysia understood to have been with the group.

Usman has been indicted on murder and frustrated murder charges for his role in multiple bombing incidents since 2003, among them the September, 2002 bombing of a department store in the largely Christian city of General Santos that left 15 people dead and more than 50 others wounded.

Hongitan said following persistent intelligence work, forces managed to locate Jemaah Islamiya's hideout and explosives manufacturing facility, where they survived a barrage of rocket-propelled grenades to overwhelm the group and send them scampering.

He added that joint police and military operations were still being undertaken against another group, the Bangsamoro Islamic Freedom Fighters (BIFF), who are mainly based in the area.

"This proves BIFF (Bangsamoro Islamic Freedom Fighters) are not only coddling Jemaah Islamiyah but it seems they have strong ties," said Hongitan.

BIFF is a breakaway group of the Moro Islamic Liberation Front, who signed the "Comprehensive Agreement on the Bangsamoro" peace deal with the goverment March 27. BIFF espouses an independent Islamic state.

U.S. authorities consider Usman to be a threat to American and Filipino citizens and interests and he is believed to have orchestrated several previous bombings in Mindanao that had killed, injured, and maimed many innocent civilians

He was captured in July 2002 by government operatives in the boundary of Sultan Kudarat and Maguindanao provinces, but escaped from provincial police headquarters in October 2002.