With official result still some time from being announced, NLD claims has won 70 percent of votes counted so far 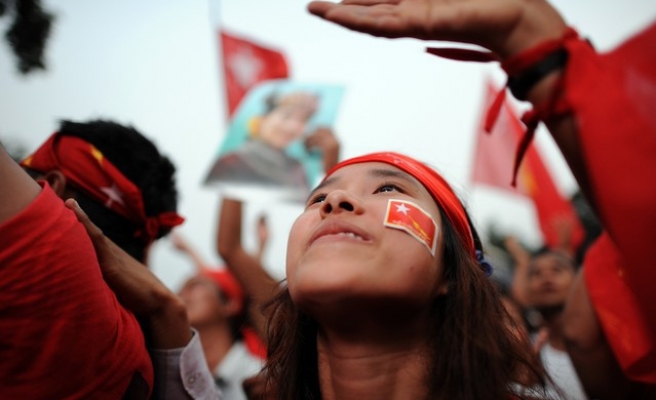 Senior officials in Myanmar’s opposition National League for Democracy were confident Monday of victory in a historic general election as unofficial results suggested huge gains for the party.

Spokesperson Win Htein said the party has won 70 percent of the votes counted so far, though official results will not begin emerging until later Monday.

A clear picture of the final nationwide result may take days to emerge, but some observers are already expecting a landslide for the NLD.

Powerful members of the ruling Union Solidarity and Development Party, including Chairman Htay Oo, have lost out to their NLD opponents. Shwe Mann, who had been considered a likely presidential candidate for the party, lost in his constituency of Phyu.

Aung San Suu Kyi, the Nobel peace laureate leader of the NLD who spent 15 years under house arrest for opposing the former junta, urged supporters at party headquarters Monday not to “provoke” candidates who have lost.