Taliban has claimed responsibility for the attack, calling it a "response" to the Pakistan army's anti-militant operations in the North Waziristan, that killed at least 126 people 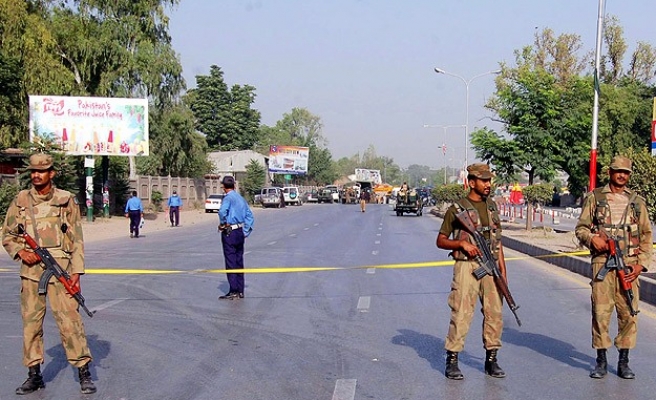 At least 132 people, most of them children, were killed on Tuesday when Taliban gunmen stormed a school in the Pakistani city of Peshawar, taking hundreds of students hostage in the bloodiest attack in the country in years.

Troops surrounded the building and an operation was underway to rescue children still trapped inside, the army said.

Hours into the siege, three explosions were heard inside the military-run public high school, and a Reuters journalist at the scene said he heard heavy gunfire.

Outside, as helicopters rumbled overhead, police struggled to hold back distraught parents who were trying to break past a security cordon and get into the school.

Bahramand Khan, director of information for the regional Chief Minister's Secretariat, said at least 132 people were killed and 122 wounded.

"It may rise," he said, adding that more than 100 of the dead were school children. A local hospital said the dead and wounded it had seen were aged between 10 and 20 years old.

"We selected the army's school for the attack because the government is targeting our families and females," said Taliban spokesman Muhammad Umar Khorasani. "We want them to feel the pain."

An unspecified number of children were still being held hostage in the school, a provincial official said, speaking some three hours after the siege began.

With the rescue operation under way, the situation remained fluid, with contradictory reports about what was happening inside the school and witness accounts difficult to come by.

"An army doctor was visiting us teaching us about first aid when attackers came from behind our school and started firing," one student told Pakistan's Dunya Television.

"Our teachers locked the door and we ducked on the floor, but they (militants) broke down the door. Initially they fired in the air and later started killing the students, but left the hall suddenly.

The army said five Taliban militants had been killed and that they were searching for any remaining gunmen. The Taliban had earlier said they had sent six insurgents with suicide vests to attack the school.

Prime Minister Nawaz Sharif condemned the attack and said he was on his way to Peshawar.

"I can't stay back in Islamabad. This is a national tragedy unleashed by savages. These were my kids," he said in a statement.

"This is my loss. This is the nation's loss. I am leaving for Peshawar now and I will supervise this operation myself."

Military officials at the scene said at least six armed men had entered the Army Public School and Degree College in Peshawar, the capital of Khyber Pakhtunkhwa Province. About 500 students and teachers were believed to be inside.

"We were standing outside the school and firing suddenly started and there was chaos everywhere and the screams of children and teachers," said Jamshed Khan, a school bus driver.

Majid Bashir, whose two sons study in this school, told The Anadolu Agency that his son has informed him by phone that they took refuge inside the school when the gunmen took several students hostage in different classrooms.

"He is horrified. He could not speak properly. He just wanted me not to call him again so that he could not be located by gunmen," Bashir said.

Muddasir Abbass, a laboratory assistant who was evacuated by soldiers, told reporters that six to seven gunmen were entering classrooms and firing at students. He said the school was hosting a party for students who had completed their examinations.