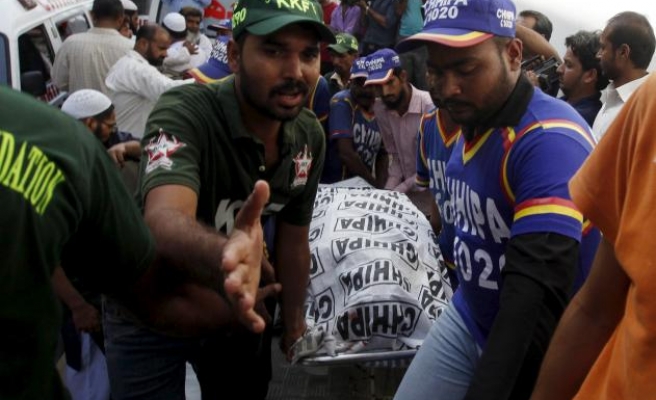 Gunmen in Pakistan shot dead a journalist on Wednesday, police said, less than 24 hours after a technician working for the country's most popular news channel was killed in a similar attack.

It was unclear who was behind the shootings in the southern port city of Karachi, or if they were linked. Police said bullet casings in the attack on the technician matched those from the recent murders of four policemen.

"Journalists are being continuously targeted," said Amin Yousaf of the Pakistan Federal Union of Journalists. "It’s time authorities do something instead of just giving lip-service to the issue."

Pakistan ranks among the world's most dangerous countries for journalists, with 14 recorded deaths in 2014, the International Federation of Journalists has said.

Militant violence and crime are common in the financial hub of Karachi, which is home to 20 million people, the country's stock exchange and central bank.

The military launched a crackdown two years ago on armed gangs and suspected militants in Karachi, but a recent spate of attacks has raised questions about its effectiveness.

Police said Aftab Alam, the journalist killed on Wednesday, was on his way to pick up his children from school when he was attacked.

"As Aftab Alam came out of his house, two men on motor-bikes fired shots at him and escaped from the scene," Feroz Shah, a senior police officer told Reuters.

A former business reporter at news channel Geo News, Alam was unemployed at the time of his death.

Last year, Hamid Mir, the anchor of a top Geo political talk show, was shot and injured in Karachi, just weeks after television anchor Raza Rumi survived an attack in the eastern city of Lahore in which his driver died.

The Taliban, holed up in mountains on the Afghan border, have made repeated threats against reporters for portraying the insurgency in a negative light.

But the security forces and political parties have also been linked to the murders of some journalists.