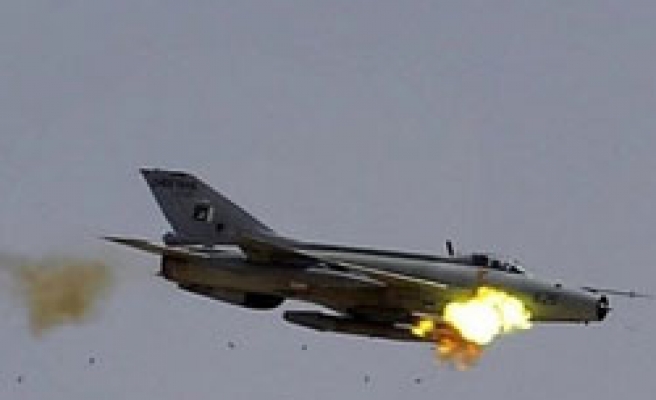 Pakistani government forces attacked northwestern Khyber region, killing up to 62 suspected fighters, their family members and other civilians with no ties to the fighters as millions suffered from devastating flood disaster, officials said on Wednesday.

The Pakistan attacks came as the devastating floods are now affecting a third of the country and have made 4 million people homeless.

Pakistani forces have stepped up air strikes in Khyber and adjoining Pashtun tribal lands in recent months against activists who fled military offensives in the tribal areas of Swat and South Waziristan bordering Afghanistan last year.

More airstrikes by helicopter gunships killed 17 others and destroyed three of their homes on Wednesday in Khyber's neighbouring tribal region of Kurram, intelligence officials said.

There was no independent verification of the casualties.

Air strikes could undermine efforts to win over civilians for the fight against the Taliban.

"Some of the families were living in the vicinity of these hideouts and they were also among the dead," said the security official.

Rehan Khattak, a senior government official in Khyber, said six civilians, including women and children, were killed in one of the strikes and they had nothing to do with fighters.

"Four people were also wounded. They were members of Kokikhel," Khattak told Reuters, referring to a pro-government Pashtun tribe which dominates Khyber.

Anar Bacha, 32, one of the wounded, said they were innocent.

"We are going to our home in a cab when all of a sudden planes appeared and began targeting us," he said. "We are innocent. We are Kokikhels."

In April, up to 50 members of the same tribe were killed in an air raid in Tirah after they were mistaken for Taliban, prompting an apology from Pakistan army chief General Ashfaq Kayani.

Previous U.S. attack killed five near the border with Afghanistan on August 28. 13 suspected fighters and 7 civilians in North Waziristan on August 23. Pakistani intelligence officials said, four women and three children were among the dead in the 23 August attack.

Although Pakistani government was criticised over inadequate response to devastating flood, U.S. put pressure on Pakistan to keep its soldiers in tribal areas in where government has held offensives under Washington pressure.

In October, 2009 the army began an offensive in the South Waziristan bastion on the Afghan border, breaking a deal between government and Taliban over a Sharia administration. The offensive was extended to Orakzai in March as many of the fighters who fled the South Waziristan operation took refuge there and in Mohmand.

Pakistan grabed over billions of dollars in financial assistance after military offensive on Taliban.