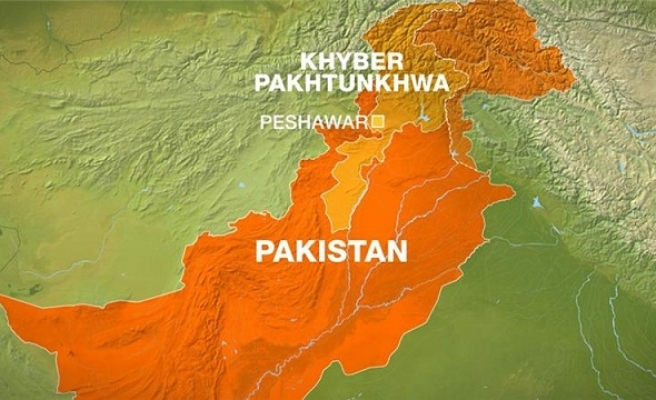 Pakistani Taliban militants attacked an air force base in the country's restive northwest Friday, killing at least 29 people in their deadliest assault in months following a major military offensive against them.

The army said more than a dozen insurgents entered the residential compound at the base near Peshawar, the gateway to the tribal regions that have long been a haven for militants.

Soldiers moved rapidly to surround the attackers, confining them to a small area and killing at least 29 of them, according to the military's main spokesman Major General Asim Bajwa.

But he said in a tweet that some of the militants attacked a mosque within the camp compound and killed 29 people offering dawn prayers. Separately an army captain was killed in fighting with the insurgents, he said.

The Tehreek-e-Taliban Pakistan (TTP) group claimed responsibility in an e-mail sent to journalists, saying their "suicide unit" carried out the attack.

Security officials said the attackers split into three groups after entering the camp, with two moving to a residential area.

The third group approached the mosque and sprayed worshippers with bullets as they prayed, killing at least 29 of them. It was not clear how many were civilians and how many were military personnel.

The attack on the Badaber base, 10 kilometres (six miles) south of Peshawar, triggered fierce gunbattles between insurgents and the military in which at least 10 soldiers were wounded.

Bajwa said operations were continuing to flush out any remaining gunmen and hailed the defenders' reaction to the attack.

Photos tweeted by Bajwa showed what appeared to be seven heavily armed militants lying dead, several of them in pools of blood.

Sabitullah Khan, a labourer who lives nearby, said a wall of his house collapsed under the force of grenade blasts during the attack.

"It was horrifying to hear the blasts and intense firing," he said.

Kifayatullah, who runs a grocery store near the camp, told AFP he was praying at a mosque outside the compound when the attack began with "a grenade explosion and intense gunfire".

"It was next to impossible to come out of the mosque. We jumped from the window of the mosque and escaped," he said.

A senior PAF official told AFP the facility attacked on Friday was a residential camp for air force personnel.

"There are no air assets including combat aircraft deployed at the base," he said, requesting anonymity.

The tribal badlands that lie just a short drive from Peshawar have been the scene of a major military offensive against Taliban and other militants over the past year.

The army launched the "Zarb-e-Azb" operation in June 2014 in a bid to wipe out militant bases in North Waziristan tribal area and so bring an end to the bloody decade-long insurgency that has cost Pakistan thousands of lives.

Peshawar suffered the worst terror attack in Pakistani history in December when Taliban gunmen stormed an army-run school and massacred more than 150 people, most of them children.

The army intensified its offensive after the school attack and since then there has been something of a lull in violence. The last major attack in the city came in February when three heavily armed Taliban militants stormed a Shiite mosque, killing 21 people.

While the military offensive appears to have disrupted the TTP's network, Friday's attack shows they are still determined to carry on their fight against the state with audacious assaults on high-profile targets.

A TTP faction last month claimed responsibility for a double suicide bombing that killed the home minister of Punjab province along with 15 other people.