Although the ISI officially reports to the prime minister, in reality it is controlled by the army chief, General Raheel Sharif. 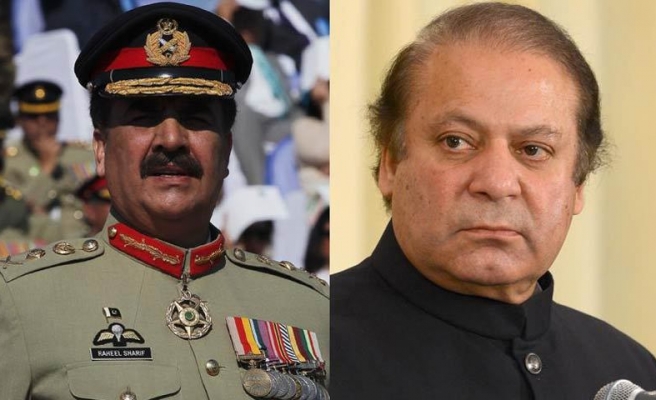 Pakistan appointed a close ally of the army chief to head the powerful and controversial intelligence agency on Monday, cementing the military's dominance following weeks of anti-government protests.

Rizwan Akhtar, who has extensive experience of counterinsurgency from a previous posting in the South Waziristan region bordering Afghanistan, will take over the Inter-Services Intelligence (ISI) in October.

The head of the spy agency is one of the most important posts in Pakistan, at the intersection of domestic politics, the war on militancy and Pakistan's foreign relations.

Although the ISI officially reports to the prime minister, in reality it is controlled by the army chief, in this case General Raheel Sharif.

Akhtar's previous job was head of the paramilitary Rangers in southeastern Sindh province where he led a comprehensive operation against Islamist groups and criminal gangs in Karachi, the country's financial hub.

"He (Akhtar) is a horribly straight guy, all black and white," said a serving military official. "He has served in a place like Karachi ... with all its turf wars and politics while remaining neutral and apolitical and also has extensive experience of counterinsurgency and counterterrorism. He was the obvious choice."

The appointment comes at a difficult time for Prime Minister Nawaz Sharif, whose position has been significantly weakened by weeks of opposition protests demanding his resignation.

Protesters led by cricketer-turned-opposition leader Imran Khan and activist cleric Tahir ul-Qadri have camped outside government offices in the capital Islamabad since mid-August, refusing to leave until Sharif resigns.

Some ruling party officials have accused the military and the ISI of instigating the unrest in order to weaken and sideline Sharif.

Several government ministers told Reuters earlier this month that the current head of the ISI, General Zaheer-ul-Islam, was among those pushing for the prime minister's ouster.

"For Nawaz Sharif, the bottom line is that he doesn't want another Zaheer," said a defence ministry official, summing up what the prime minister was looking for in his new spy chief.

"Somehow, the PM has never considered Zaheer his man. And that's been a source of great anxiety for him. So he wanted someone who doesn't have political leanings."

Raheel Sharif's predecessor, General Ashfaq Kayani, had won credit for reducing the military's public role in politics although the army retains huge influence behind the scenes, especially over security and foreign policy.

But the ISI's own reputation has suffered in recent years from a series of scandals, including the killing of al Qaeda leader Osama bin Laden in a secret U.S. raid in a town about a two-hour drive from the ISI's headquarters in May 2011.

Bin Laden's presence in Pakistan, by some accounts for up to five years, raised suspicions in Washington that the ISI had been doing business with, or sheltering, America's number one enemy.

"The army chief shares the PM's concerns about the ISI meddling in politics and also wanted someone who will not politicise the agency further," the defence ministry source said.

When asked to sum up what Raheel Sharif's main consideration was in appointing the new intelligence chief, the official said: "The chief doesn't want any more political controversy."