The recent air strikes that followed the killing of six army soldiers, in a roadside blast in North Waziristan last month, have so far claimed the 120 lives. 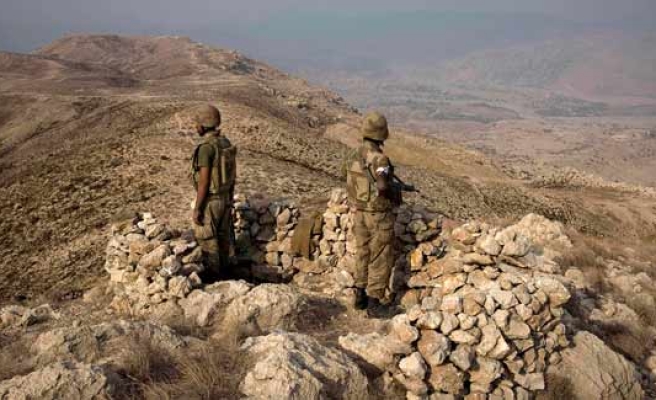 After week-long air strikes in conflict-riddled North Waziristan, the Pakistani army announced on Friday a 15-day break in ongoing military operation in order to give tribal elders a chance to “bring things in order.”

The two sides agreed on the ceasefire at a meeting between a Jirga (assembly), comprising of tribal leaders of North Waziristan as well as the commander of army’s northwestern command, Lieutenant general, Khalid Rabbani, in Peshawar, the capital of Khyber Pkahtunkhawa province that borders neighboring Afghanistan.

“We have been given a time period of 15 days to bring things in order in North Waziristan in regard to attacks on army troops and state installations”, Pir Malik Aqil Shah, a Jirga leader told reporters after the meeting.

The recent air strikes that followed the killing of six army soldiers in a roadside blast in North Waziristan last month, have so far claimed the lives of 120 “insurgents”.

Locals, however, claim that, most of those killed in the air strikes were in fact civilians.

“We are going to meet the other side [Taliban] to convey the army’s conditions for the ceasefire, which can be extended if needed, he said. We have a great hope that situation will get better in coming days.”

North Waziristan is one of the seven semi-autonomous tribal areas in Pakistan that touches northeastern Afghanistan, and is considered the heartland of militancy by the United States.

The Pakistan army, and rebels belonging to Tehrik-e-Taliban Pakistan (TTP), an umbrella organization of different Taliban groups operating on Pakistan’s soil, have been locked in fierce clashes since 2009, claiming hundreds of lives, mostly civilians.