Pakistan army chief to visit US

US sees Pakistan as one of the few states with influence over the extremists, and the new Taliban leader Akhtar Mansour is believed to have close ties to Islamabad 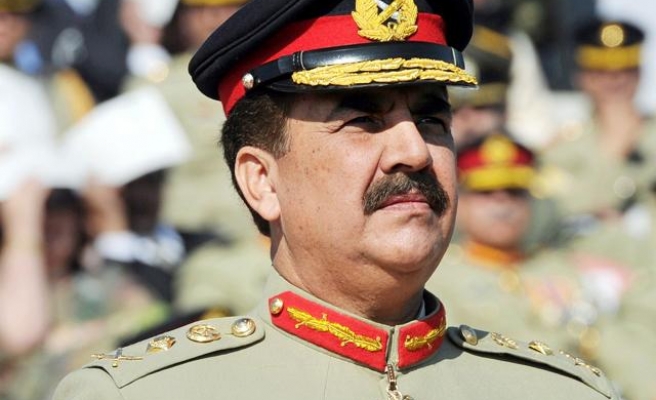 The November 15-20 visit comes weeks after a trip by Pakistani Prime Minister Nawaz Sharif, and is viewed by analysts as a US attempt to deal directly with the country's powerful military, which sets its defence policy.

A senior Pakistani security official told AFP that the two sides would also discuss reconciliation in Afghanistan and Pakistan's ongoing military operations against Taliban militants in its northwestern tribal areas.

The US sees Pakistan as one of the few states with influence over the extremists, and the new Taliban leader Akhtar Mansour is believed to have close ties to Islamabad.

But some in Washington believe Pakistan has not done enough to bring its influence to bear and to persuade the group to renounce violence.

Islamabad organised the first set of direct peace talks between the Taliban and the Afghan government in July. But another round scheduled for later that month stalled following the announcement of the death of Taliban founder Mullah Omar.

At home, General Raheel Sharif is gaining a cult following because of his willingness to carry out military operations to clear militants from the country's tribal areas, and he is also credited with bringing down levels of violence in Karachi, the country's biggest city.

General Sharif visited the US last year, where he met with Secretary of State John Kerry and was awarded the US Legion of Merit.

The government of Nawaz Sharif, who is not related to the general, is widely seen as having ceded more power to the military since Sharif was re-elected in 2013.

America's relationship with Islamabad is a prickly one, born of an inter-dependency peppered with mutual mistrust. Ties were plunged into crisis when 9/11 mastermind Osama bin Laden was discovered to be living in a major Pakistani garrison city.

But since Sharif returned to the prime minister's office for his third term two years ago, both sides have made an effort to find areas of cooperation.