121 children are believed to have died in the drought-hit Thar desert şn the last three months. 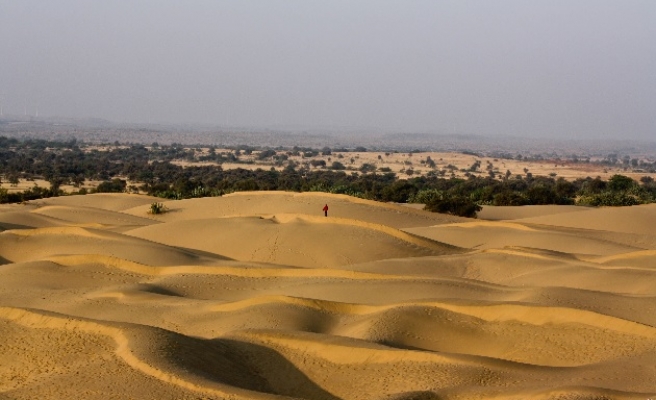 Army relief teams rushed to the famine-hit Thar region of Pakistan on Saturday as seven more malnourished children were brought into a local hospital, officials have reported.

Compounded by severe cold, an acute shortage of food and water caused by a two-year drought has killed 121 children in last three months in areas located on the edge of southern Thar desert of Pakistan.

Some 200 troops, along with bags of food, water, blankets and other relief goods reached Chachor, Nangarpar, Umerkot and other parts of Tharparkar district, located some 400 kilometers southeast of Karachi, the country’s commercial capital.

However, relief organizations and local residents say the operation is not enough, given the gravity of the crisis.

“The situation in our town is beyond your imagination,” Ahmed Ali Bhurgari, a resident of Chachro – worst-affected by the drought – told a team of local reporters that visited the area.

“Only the deaths of children have been reported, whereas the reality is that the adult population, especially women, have been badly affected by the famine,” a weak and weather-beaten Bhurgari said.

“A number of children, men and women are bed-ridden in different villages of the town due to different diseases caused by a shortage of food and water,” he added.

Castigating the government for inaction and negligence, something admitted by the Chief Minister of southern Sindh province, Syed Qaim Ali Shah, Bhurgari said the deaths could have been avoided if the situation had been responded to three months ago.

Naimatullah Khan, a former mayor of Karachi, and head of Al-Khidmat Foundation, the country’s largest NGO, agreed with Mr Bhurgari.

“It’s heading towards a human tragedy”, Khan told Anadolu Agency, denouncing the provincial government for its Rs100 million ($1 million) allocation to deal with the crisis.

A Pakistani real-estate tycoon, Malik Riaz Hussain, has revealed a $2 million package for those affected by the crisis.

Spanning over 200,000 square kilometers, Thar is the seventh-largest desert in the world and forms a natural boundary running along the border between Pakistan and India.

The main occupations for local people are agriculture and animal husbandry, which are dependent on rainfall.