Flash floods have caused widespread damage in 21 districts in Sindh, where hundreds of thousands of people are still suffering from the last year's devastating floods. 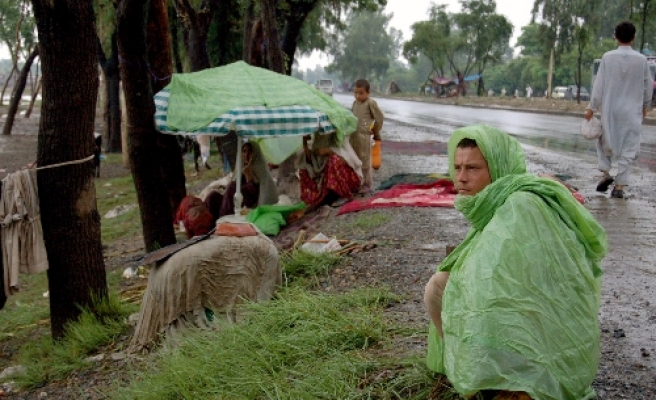 Flash floods have caused widespread damage in 21 districts and destroyed crops over 1.7 million acres of land in Sindh, where hundreds of thousands of people are still suffering from the last year's devastating floods.

"The destruction caused by the recent rains is much more than the initial estimates, and the support of the international community is imperative to overcome the losses," Gilani said in a televised address to the nation.

He expressed the hope that the international community would respond to an appeal President Asif Ali Zardari made through the United Nations to help the affected people.

Gilani also appealed to Pakistan's people to support the government's efforts in the affected areas which, he said, have received 142 percent above normal rains, resulting in heavy losses.

Pakistan is still haunted by memories of the 2010 floods which killed about 2,000 people and made 11 million homeless in one of the South Asian country's worst natural disasters.

One-fifth of Pakistan was then submerged in water -- an area the size of Italy -- and the government, which was widely accused of reacting too slowly, faced $10 billion in damages to infrastructure, irrigation systems, bridges, houses and roads.

More than a year later, over 800,000 families remain without permanent shelter, according to aid group Oxfam, and more than a million people need food assistance, mostly in Sindh.

The recent rains in Sindh are estimated to have destroyed up to 13 percent of the total cotton crop, government and textile industry officials said on Friday.

Agriculture is the mainstay of Pakistan's fragile economy and cotton and textiles account for more than 50 percent of the country's total exports.