Pakistan's will not divert forces from the offensives in tribal regions despite nearly 2 millions of flood victims waited for help, military officials said. 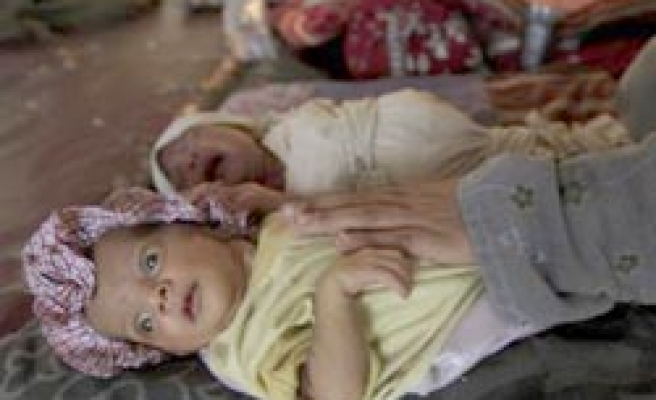 Pakistan's will not divert forces from the offensives in tribal regions despite nearly 2 millions of flood victims waited for help, military officials said on Friday.

The floods, the country's most severe natural disaster, began two weeks ago and have killed more than 1,600 people, forced 2 million from their homes and disrupting the lives of about 14 million people, or 8 percent of the population.

The army has deployed about 60,000 troops for rescue and relief operations out of a force of about 550,000 soldiers, Reuters said.

Soldiers in helicopters and boats have plucked numerous survivors from the water that has inundated the Indus river basin. Army engineers are rebuilding broken bridges and washed-out roads while other units have set up relief camps.

Despite Pakistani government was criticised over inadequate response to devastating flood, the United States put pressured on Pakistan saying thay have concerned by any military withdrawal in the tribal regions.

U.S. said that they "have worried" the Pakistani military would have to withdraw some of its 140,000 soldiers fighting fighters in ethnic Pashtun lands in the northwest, to help with the floods.

The involvement of the troops in relief activities will have no impact on the offensives against Taliban, said military spokesman Major-General Athar Abbas.

"We were mindful of this factor when we carried out deployment for relief activities and I don't think there will be any need to withdraw troops from the western border," he said.

The mountainous northwestern has been largely spared the worst of the floods and most troops involved in relief work were from units in the flood areas, said a senior security official.

In October, 2009 the army began an offensive in the South Waziristan bastion on the Afghan border, breaking a deal between government and Taliban over a Sharia administration. The offensive was extended to Orakzai in March as many of the fighters who fled the South Waziristan operation took refuge there and in Mohmand.

Pakistan grabed over billions of dollars in financial assistance after military offensive on Taliban.

Fighters have expanded their help to flood victims as the government was under fire over inabilities to reach them.

Charity groups have been quick to step in to help, as they did in the aftermath of a devastating earthquake in 2005 centred in Pakistani Kashmir. But Pakistan banned such charities over the allegations on links to fighter groups.

The charities deny any political agenda and have not been seen doing any overt recruitment. But West is unrest their influence on public opinion and win over hungry, angry survivors.

At least one million Pakistanis cut off by landslides

Yes America is more important than own people. Also need to obey Boss.