A powerful army chief has given the order to launch the final phase of Operation Zarb-e-Azb in North Waziristan, one of the tribal areas on the border with Afghanistan in which insurgents had previously operated with impunity 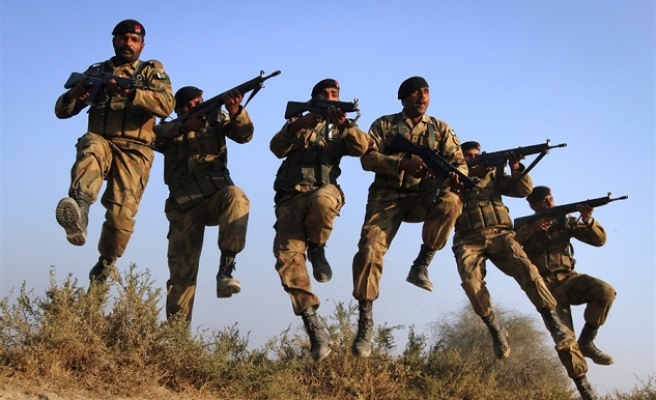 Pakistan has begun the "last phase" of a bloody operation targeting insurgents in the restive northwest region along the Afghan border, a senior security official confirmed Thursday.

The military released a statement Wednesday saying that powerful army chief General Raheel Sharif had given the order to launch the final phase of Operation Zarb-e-Azb in North Waziristan, one of the tribal areas on the border with Afghanistan in which insurgents had previously operated with impunity.

A tweet from a military spokesman later Wednesday said the operation "has begun", though the army offered no further details.

However a senior security official said that the push in the southern pockets of Shawal and Data Khel began "a couple of days ago", with warm weather melting the snow covering the mountainous terrain.

"Both ground and air assets are being used to take on the terrorists hiding in the areas," the source told AFP on condition of anonymity.

"The objective is to cleanse the area of insurgents," he said, adding he could give no further details for security reasons.

The army launched the operation under U.S. pressure in mid-2014, in a bid to wipe out insurgent bases in the North Waziristan tribal area and bring an end to the near decade-long insurgency that has cost Pakistan thousands of lives.

The operation was intensified after the Taliban massacred more than 150 people, the majority of them children, at a school in the northwestern city of Peshawar in December 2014.

The U.S. has praised the operation as a success and security has improved noticeably in Pakistan since it was launched, with militancy-related violence in 2015 dropping to its lowest level since 2007, the year the Pakistani Taliban was formed.

The Pakistani military says it has killed more than 3,600 insurgents in the tribal zone, with 358 soldiers having lost their lives. Observers caution that many other insurgents have been swept over the border into Afghanistan.

Media are barred from the region and there is no way to verify the toll.

Pakistan security analyst Hasan Askari warned that even if the final phase is successful, there will be a long road ahead.

"There is a lot of rehabilitation work that needs to be carried out and civilians don't have the capacity to do it alone," he said, predicting that another "rehabilitation" phase would start soon to strengthen security along the porous border area.