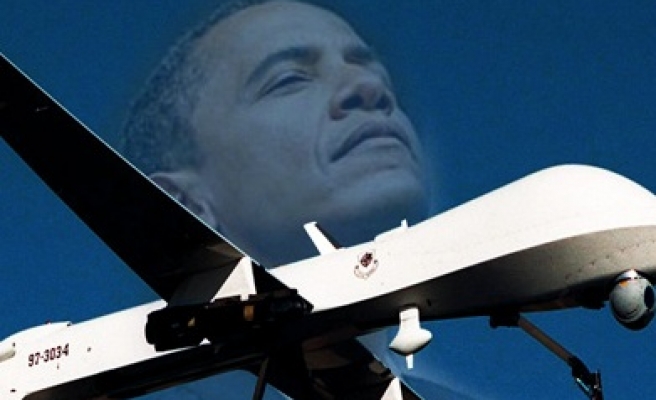 The Pakistani government on Monday vehemently condemned increasing US drone attacks against targets inside Pakistan, warning that such strikes served to damage the desire of both countries to see peace and stability in the region.

"We have made it clear time and again that drone strikes are not merely [a] violation of our territorial integrity and sovereignty, but they appear to be counter-productive too," Foreign Office spokesman Aizaz Chaudry told Anadolu Agency from New York.

"The drone strikes may also endanger the relations between the two countries," he added.

The US carried out yet another drone strike in the early hours of Monday, killing three suspected militants in restive North Waziristan.

The strike was the second within 36 hours.

The identities of those killed in the two attacks have not yet been ascertained, an intelligence official, wishing not to be named, told AA.

Chaudry, currently attending UN General Assembly meetings with Prime Minister Nawaz Sharif, declined to comment as to whether the sudden increase in drone strikes was aimed at hampering proposed peace talks between the government and the Taliban.

Addressing the UN General Assembly on Friday, Sharif blasted the drone attacks as a violation of Pakistan's sovereignty.

"The attacks conducted by US-led NATO forces on Pakistani soil using unmanned spy planes are counter-productive to the anti-extremism efforts," he insisted.

"It results in casualties of innocent civilians and is detrimental to our resolve and efforts to eliminate extremism and terrorism from Pakistan," he added.

More than 3,000 people, including women and children, have been killed in drone attacks in the region since 2004.

According to Washington-based think tank the New American Foundation, Some 116 Al-Qaeda and Taliban fighters have also been killed in drone attacks.

The US describes unmanned aerial drone strikes as one of its most precise and useful weapons against Al-Qaeda and Taliban militants holed up in Waziristan.

In contrast,  human rights organizations and independent think tanks, like the New American Foundation and the Bureau of Investigative Journalism, say that 70 percent of those killed in drone attacks have been civilians.