Zardari signed into law a controversial bill exempting senior officials from contempt of court charges, in an apparent attempt to shield Prime Minister Ashraf from the charges faced by his predecessor. 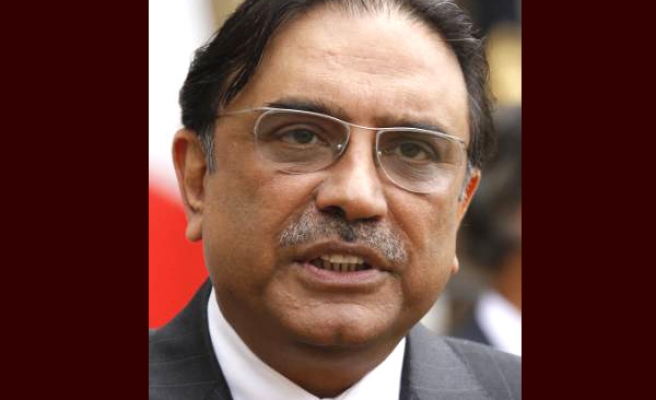 Pakistan's Supreme Court on Thursday ordered Prime Minister Raja Pervez Ashraf to re-open corruption cases against President Asif Ali Zardari, the latest twist in a long-running confrontation between the judiciary and the government.

Pakistan's previous prime minister, Yusuf Raza Gilani, was disqualified from his job by the Supreme Court last month after he was convicted of contempt of court for failing to restart work on the cases against the president, who also heads the ruling Pakistan People's Party (PPP).

The Supreme Court asked Ashraf, who replaced Gilani, to submit a report on compliance with its orders by July 25.

"Failing which, the court may initiate any appropriate action in accordance with the law," Justice Asif Khosa said, reading out the court's order.

Thousands of corruption cases were thrown out in 2007 under an amnesty law passed by former military ruler Pervez Musharraf, paving the way for a return to civilian rule.

Two years later, the Supreme Court ruled that agreement illegal, and ordered the re-opening of money laundering cases against Zardari.

The government has refused to obey that order, arguing that Zardari has immunity as the head of state. Zardari denies any wrongdoing, and says the cases were politically motivated.

Earlier on Thursday, hours before the Supreme Court was due to resume proceedings in the case, Zardari signed into law a controversial bill exempting senior officials from contempt of court charges, in an apparent attempt to shield Prime Minister Ashraf from the charges faced by his predecessor.

Opposition parties have threatened to challenge the new law, saying it is against the spirit of the constitution.