The court on Saturday ordered the seizure of his entire property and the freezing of bank accounts in Pakistan after he again failed to respond to accusations. 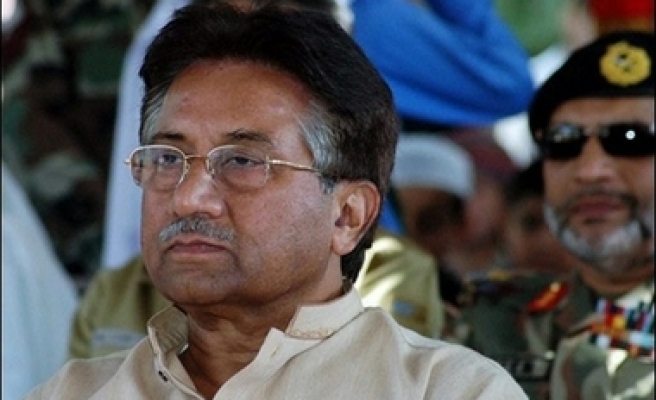 A Pakistani court ordered the confiscation of exiled former president Pervez Musharraf's property and the freezing of his Pakistan bank accounts over accusations that he failed to provide security for assassinated former prime minister Benazir Bhutto, a lawyer said on Sunday.

She was killed in December 2007, when Musharraf was president, in a gun and suicide bomb attack after an election rally in the city of Rawalpindi after she had returned from years of self-imposed exile.

An anti-terrorism court in February issued an arrest warrant for Musharraf, now living in self-exile in Dubai, and then declared him a fugitive of law after he failed to respond.

The court on Saturday ordered the seizure of his entire property and the freezing of bank accounts in Pakistan after he again failed to respond to accusations.

"The court issued orders because he is accused in the case and has been failing to appear before the court," Chaudhry Zulfiqar Ali, a government prosecutor, told Reuters.

The confiscated property included a farmhouse in Islamabad and several residential plots as well as bank accounts worth 90 million rupees ($1 million), he added.

The trial is being held behind closed door in a jail in Rawalpindi because of security reasons. Five suspected fighters and two police officers are also being tried in the case.

Musharraf's aides rejected the accusations as "baseless" and "politically-motivated".

"This case is basically being manoeuvred for political benefits...and to divert attention from political and economic instability and deteriorating law and order situation in the country," Musharraf's spokesman, Fawad Chaudhry, told Reuters.

Musharraf, who himself was target of at least two bomb attacks, has denied suggestions that he, his security agencies or military were involved in Bhutto's murder.

Bhutto's party won elections after her assassination and her widower, Asif Ali Zardari, is now president.

Musharraf said in May he planned to return to his country next year, despite possible arrest, in order to participate in a 2013 parliamentary election.