Pakistan courts shut after judge and lawyers killed in attack

No cases were heard in Pakistan as lawyers and judges protest against Islamabad court attack. 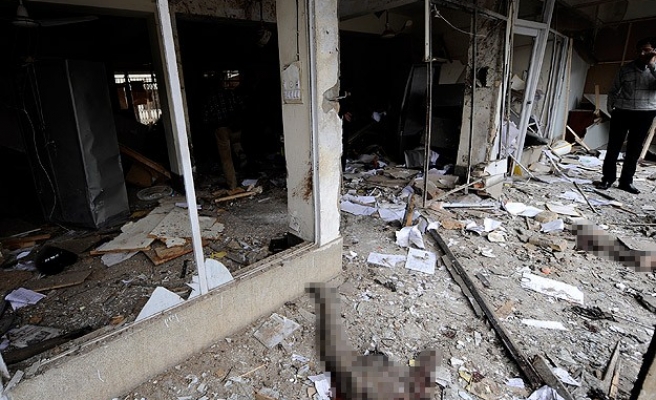 Courts stayed shut across Pakistan on Tuesday as lawyers protested against the killing of a judge and five lawyers in a violent attack on an Islamabad court on Monday.

Pakistan's Bar Council called the countrywide boycott of the courts, which was supported by the Supreme Court Bar Association and four others, after Monday's attack by a previously unheard-of militant group, Ahrar-ul-Hind, which killed 11 people and injured 26.

“Enough is enough. The government has completely failed to protect us,” said Kamran Murtaza, the President of the Supreme Court Bar Association at a protest in Islamabad. “Terrorists want to bully the lawyers into fear but we want to make it clear that we will not be cowed down by these cowardly attempts."

Various high profile cases, including the high treason case against former President General Pervez Musharraf could not be heard, as a result of judges joining the strike.

Young lawyer killed on her way to first appearance in court

Firaz Malik, 22, was amongst those killed in Monday's court attack. She was hit by two bullets, in her neck and shoulder, on her way to court, only two days after starting her career as a lawyer.

“It was just her third day. She was very excited as she was going to appear before a court for the first time (on Monday),” said Dr Salvat Askari, Malik's maternal aunt.

Malik had only been back in Pakistan for two months, after graduating from Northumbria University in the United Kingdom.

“She could have stayed back in UK. And some of our family members asked her for that but she flatly refused," said Salvat. “She wanted to live and do something for her countrymen.”