Three Pakistan cricketers at the centre of fixing allegations on the tour of England are to return home on Friday, a spokesman for the team said. 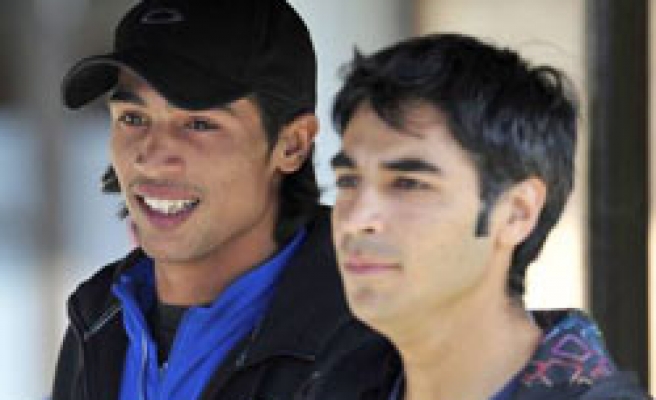 Three Pakistan cricketers at the centre of fixing allegations on the tour of England are to return home on Friday, a spokesman for the team said.

"They have not been charged by the police with any offence," the spokesman added. "They have fully co-operated with the police into the enquiries and maintain that they are innocent of any alleged wrongdoing.

"They have agreed with the police to return to England if the police request them to do so to further assist the police in their enquiries."

The players, test captain Butt and bowlers Asif and Amir, were accused in a Sunday newspaper of spot-fixing matches, such as deliberately bowling no-balls, in their current tour of England.

The Metroplitan Police verified the developments with a statement of their own.

"We can confirm that we have been made aware that the three Pakistani cricketers interviewed under caution on Friday Sept. 3 intend to leave the United Kingdom today, Friday Sept. 10, and have given an undertaking through their solicitor to return to assist the Metropolitan Police Service inquiry in due course," the statement said.

"We have allowed him to be interviewed and made him available as we believe in fully cooperating with the ongoing investigations," Pakistan Cricket Board (PCB) Ijaz Butt told a news conference in Lahore on Thursday.

The team still have five one-day matches to play against England, having already lost the test series 3-1 and a Twenty20 series 2-0.

Butt, Asif and Amir were released by Pakistan's squad after the test series but were then provisionally suspended by the International Cricket Council (ICC), cricket's governing body, pending its own investigations.