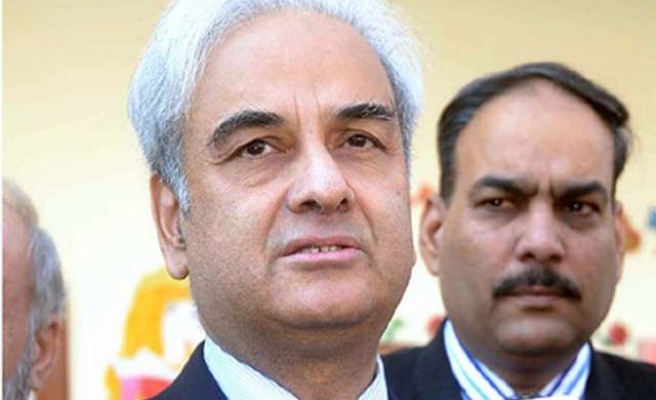 He replaced Justice Tassaduq Hussein Gilani who completed his term as Chief Justice of the Pakistani Supreme Court on Saturday.

President Mamnoon Hussein administered the oath to the new chief justice at the President House in the presence of Prime Minister Nawaz Sharif and the heads of the armed forces.

Commonly known as "English Judge" because of his British educational background – he studied at the University of London - Nasir ul Mulk was Chief Justice of the Peshawar High Court until 2004 when he became a Supreme Court judge.

Mulk faces the challenge of continuing the judicial activism put forth by his predecessors, namely Chief Justice Iftikhar Chaudry who had served as Chief Justice for over 8 years, until the end of 2013.

Chaudry took on several issues of public interest involving human rights, most notably those concerning missing persons who allegedly were, or are, in custody of intelligence agencies. His judicial activism provoked the ire of certain circles that considered his actions to be an interference into the Executive branch’s domain, while others praised his initiatives, saying that it forced government to resolve certain issues.

Justice Mulk is described by his colleagues as a balanced personality who will bring more harmony to judicial activism, i.e. who will refrain from overstepping boundaries into the executive's domain.

He will remain Chief Justice of Pakistan until August 2015. According to Pakistan's constitution, a Supreme Court justice has to retire at the age of 65.

His predecessor Tassaduq Hussein Gilani served only six months as Chief Justice. The most senior member of the Court always becomes Chief Justice, even if only for a day.