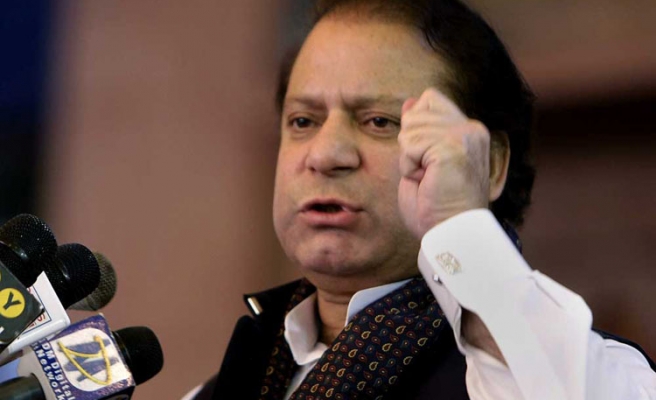 In a country infamous for military coups, the appointment of top military commanders is big news.

This is never more the case than when Pakistan replaces its Chief of Army Staff (COAS), the country's de facto military chief, and the Chairman of Joints Chiefs of Staff Committee (CJSC).

Sources close to the behind-the-scenes vetting process say he is almost settled on his choices.

"What I have gathered from discussion with him [Sharif] on the issue [is that] Lt. General Rashad Mahmud is going to be the new army chief," a close aide to the prime minister told Anadolu Agency on condition of anonymity due to the issue's sensitivity.

Mahmud is currently serving as the Chief of General Staff, the second most important post after army chief.

He previously served as head of the counter-terrorism unit in the ISI, Pakistan's intelligence service – a qualification relevant to the ongoing war on terror and military operations against the Taliban.

General Ashfaq Pervez Kyani, the current COAS, will retire next month after having held the most coveted military post for six years.

Kyani had also served as ISI chief before being appointed army chief in 2007.

According to the constitution, appointment of the army chief is the prerogative of the prime minister.

The ministry of defense sends a shortlist to the prime minister containing the names of the three most senior army generals.

However, it is the prime minister's prerogative to either choose from the shortlist or appoint a junior general as army chief.

Sharif has had a track record of confrontation with successive army chiefs.

In 1992, when serving as prime minister for his first term, he appointed General Waheed Kakar as army chief, superseding the three senior army generals.

A few months later, General Kakar forced both then-president Ghulam Ishaq Khan and Sharif to resign following a confrontation between the two, paving the way for fresh elections.

He also appointed Musharraf as CJSC the same year, though the post should have gone to Admiral Fasih Bukahri, who later resigned in protest.

One year later, Musharraf toppled Sharif's government and sent him to prison.

That's why advisors are hoping Sharif will base his selection on seniority this time around.

"We have advised the prime minister not to repeat the past mistake and uphold the criteria of seniority vis-à-vis [the] appointment of the two key army posts, including the new army chief," the prime ministerial aide told AA.

"The government will go by the book vis-à-vis appointment on key army posts," he expected.

"This means that the first two generals on the seniority list will be promoted as CJCS and COAS respectively."

According to seniority, General Mahmud ranks second after Lt General Haroon Aslam, who is considered a strong candidate for the CJSC post, which is of largely ceremonial importance.

Aslam is currently serving as Chief of Logistics at army headquarters, better known as General Headquarters, a low-profile post often considered a last stop for army officers before retirement.

He had earned a reputation for clearing tribal areas of Taliban militants before being transferred to his current post.

Lt General Raheel Sharif, who ranks third on the seniority list and is now serving as Inspector General of Training and Evaluation, is also a possible candidate for army chief.

Sharif is the younger brother of Major Shabbir Sharif, one of the 11 recipients of the Nishan-e-Haider Star, Pakistan's top military honor.

Major Shabbir Sharif was killed in the war against India in 1971.

If Sandiala is appointed as CJSC, General Aslam will be the strongest candidate for the post of new COAS.

As per decorum, the CJSC post should rotate among Pakistan's three armed forces: army, navy and air force.

However, since 1998, the post has been held by army generals.

Air Marshall Farooq Feroz Khan was the last non-army CJSC. He retired in 1998.

"Things will be clear in the next two days," the cabinet member told AA.

"The appointment of the new CJSC will make it clear by and large who is going to be the new army chief."