India, Pakistan attempt to end border clashes, shelling that has killed more than a dozen civilians 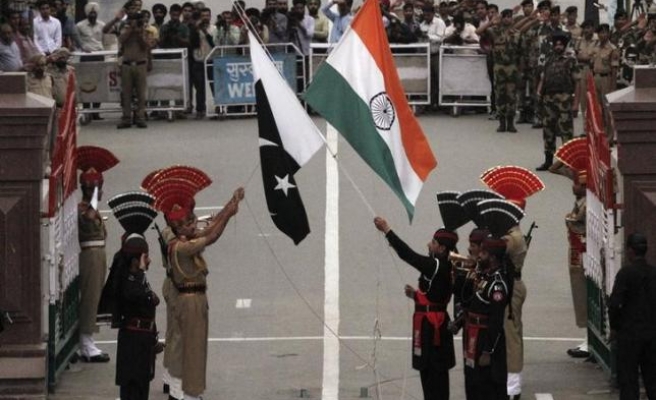 The border security chiefs from India and Pakistan will meet Wednesday in an attempt to settle months of clashes that have killed almost two dozen people.

Tensions between the two arch-rivals have been high since the cancellation of bilateral security talks last month and with both countries celebrating the 50th anniversary of the 1965 war which they both claimed victory in.

Pakistan's top security and foreign affairs adviser Sartaj Aziz said he hoped the meeting between the two border forces could reduce the clashes and shelling which have killed more than a dozen civilians, according to media reports from both sides.

But he also accused India of taking an aggressive stance towards Pakistan.

"[Indian Prime Minister] Narendra Modi contested elections on an anti-Pakistan platform and now wants to dictate terms for the dialogue with Pakistan but we will never accept this and we have already conveyed it to New Delhi," Aziz told reporters Tuesday.

He also responded to comments by an Indian minister about exploring the possibility of covert operations to take out "Pakistan-based terrorists", warning that Pakistan would respond in the same manner to such an event.

The current border clashes, which began in July, have mainly focused on the Line of Control which separates the disputed Himalayan region of Kashmir, which both countries partially hold.

Since the cancellation of the talks between Aziz and his Indian counterpart Ajit Doval, ministers and military chiefs from both sides have repeatedly made aggressive comments about each country's preparedness for a war.

The talks were called off after India objected to Pakistan consulting with pro-independence leaders from Indian-held Kashmir and insisting the Kashmir dispute feature in the talks.

The two nuclear rivals have been locked in several disputes over land and sea boundaries since Pakistan was created at the end of British rule and the partition of India in 1947.

India and Pakistan have fought three wars, with two of them over Kashmir.