Pakistan deployed thousands of police and paramilitary forces after giving protesters two hours to disperse a days-long sit-in on the streets of the capital, sources said. 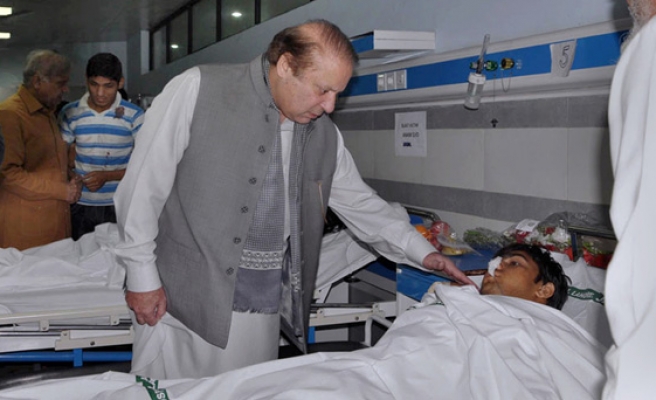 Pakistan deployed thousands of police and paramilitary forces after giving protesters two hours to disperse a days-long sit-in on the streets of the capital, sources told AFP Tuesday.

Several thousand demonstrators have been camped at Islamabad's main Constitution Avenue close to key government buildings, including the presidency and parliament, since late Sunday.

Supporters of executed assassin Mumtaz Qadri, who was hung on February 29, say they have submitted a list of demands including the execution of a female Christian blasphemy convict.

"An operation will be conducted if the participants of dharna (sit-in) do not disperse in a few hours," a security source told AFP on condition of anonymity.

"Leaders of the protesters have been given a notice in this regard," he said, adding that they had been given two hours to disperse.

If they do not, he said, "law enforcement agencies shall take action" by removing them.

A legal notice issued to the protesters and seen by AFP accused them of attempting "to frustrate the government's drive against terrorism".

A police source said more than 5,000 security forces would be deployed, including the paramilitary Rangers and Frontier Corps with reinforcements from the Punjab police.

Army troops are already standing guard at government buildings near the protest site.

Qadri was hanged for killing a Punjab governor over his call for blasphemy reform, in what analysts said was a "key moment" in Pakistan's long battle against religious extremism.

But it also exposed deep religious divisions in the conservative Muslim country of 200 million.

An estimated 25,000 supporters of Qadri forced their way into the capital Sunday from its twin-city Rawalpindi, where they had gathered to offer prayers for the former police bodyguard.

By evening they were engaged in violent clashes with police and paramilitary troops, who used heavy tear-gas shelling in an unsuccessful attempt to prevent them from pushing closer to the city centre.

Their demands include the execution of Asia Bibi, a Christian mother-of-five who has been on death row since she was convicted in 2010 of committing blasphemy during an argument with a Muslim woman over a bowl of water.

They are also calling for Qadri to be officially declared a "martyr" and want the immediate imposition of Sharia law.