Pakistani government declared a day of mourning on Thursday for the victims. 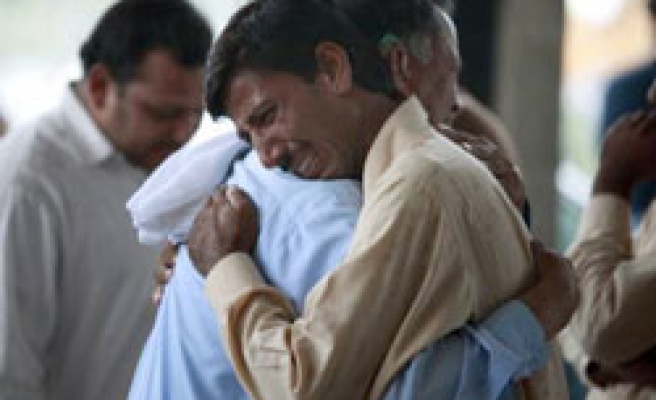 Heavy monsoon rains in Islamabad on Thursday hampered recovery efforts at the site of a Pakistani plane crash that killed all 152 people on board a day earlier, a senior police officer said.

The Airbus 321, belonging to private airline AirBlue, crashed on Wednesday into a steep and heavily-wooded hillside in Islamabad shortly before it was due to land after a flight from the southern port city of Karachi.

Bin Yameen, deputy inspector-general with the Islamabad police, told Reuters the operation to recover the remains of victims could not be resumed due to the heavy rain. Difficulty in accessing the site was also complicating salvage efforts.

"We are waiting for the rain to stop. In such weather, neither helicopters can fly nor rescue workers move up easily.

"We may give it a try but it seems very difficult to carry out such operation in difficult terrain," he said.

"They're going through records and documents, though they couldn't go up because of bad weather," he said, adding the plane's "black box" data recorder has yet to be recovered.

The control tower at the airport was sealed off, and radio traffic between the plane and the tower was being examined.

The torrential rain may also damage, or wash away, evidence at the site.

"We have to collect evidence as soon as possible, so we don't have much time."

The federal information minister said late on Wednesday rescue workers had been able to recover 115 bodies during a day-long operation at the hard-to-access site.

A hospital official, Tahir Nadeem, said 59 bodies had been identified and taken away by their relatives while the remaining bodies -- mostly in pieces -- have been sent to the morgue.

The government declared a day of mourning on Thursday for the victims.

"My heart and mind are not ready to believe that he has died. I'm still hoping he might call me anytime," civil engineer Nadeem Ahmed told Reuters, as he searched among the bodies at the hospital for his brother. Ahmed did not find his brother's body.