Flags will fly at half-mast on all government buildings inside and outside the country, PM Sharif's office said, while a prayer ceremony will be held in the capital Islamabad 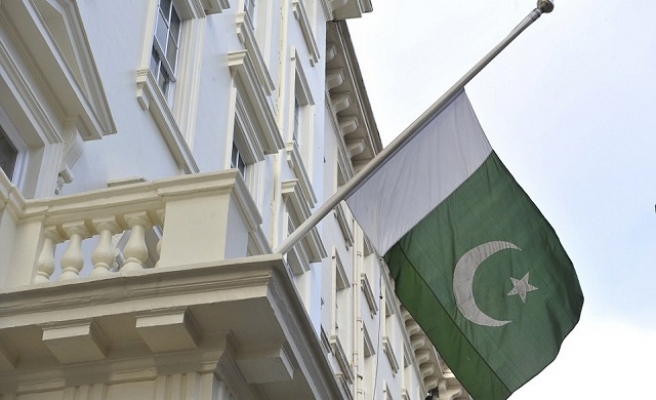 Pakistan observed a day of national mourning Thursday for the 21 people killed when heavily-armed gunmen stormed a university in the troubled northwest, exposing the failings in a national crackdown on extremism.

Armed police, some perched on the roofs of buildings, were still deployed Thursday morning at the Bacha Khan university campus in Charsadda, where students were targeted with grenades and automatic weapons.

The attack, claimed by a faction of the Pakistani Taliban, bore a chilling resemblance to a December 2014 massacre at a school in nearby Peshawar that triggered a crackdown on militants that had been credited with a palpable improvement in security.

Hospital officials said one of the wounded students in Charsadda, a geology major, had died overnight. His funeral was to be held later Thursday.

Police said his death did not change the earlier toll of 21 as one of the dead had previously been counted twice.

Seven other survivors were in stable condition and being treated in local hospitals, officials said.

"Militants want them shut down," provincial education minister Arif Khan said. "We wanted to send the message that education will continue."

Only Bacha Khan university and its sister university Abdul Wali Khan in the town of Mardan were closed, he said.

Flags will fly at half-mast on all government buildings inside and outside the country, Prime Minister Nawaz Sharif's office said, while a prayer ceremony will be held in the capital Islamabad.

Sharif has vowed a "ruthless" response to the massacre and ordered security forces to hunt those behind Wednesday's attack, which was claimed by a Pakistani Taliban faction but branded "un-Islamic" by the umbrella group's leadership, who also vowed to hunt down those responsible.

Security forces killed all four gunmen during the assault, and said they hoped to identify them "soon".

Among the victims was assistant chemistry professor Syed Hamid Husain who was lauded for challenging the gunmen and firing at them with his pistol while his terrified students raced for cover.

The majority of the dead were laid to rest late Wednesday according to Muslim tradition, including Husain who was buried in his home village of Swabi as those who knew him paid tribute.

"He would always help the students and he was the one who knew all their secrets because they would share all their problems with him," 22-year-old geology student Waqar Ali said. "He was referred to by students as 'The Protector'."

The majority of the student victims died at a hostel for young men where security forces cornered the attackers.

Pools of blood and overturned furniture could be seen inside the hostel, while in a back alley outside, an old wooden plaque on the wall proclaimed: "Heroes die young".

Meanwhile the bodies of militants, bloodied and with their clothes torn, were unceremoniously dumped on the floor of a truck before being taken away from the scene.

The assault resembled a December 2014 assault at a Peshawar school in which more than 150 people were killed, mostly children.

Their relatives held a candlelight vigil in Peshawar late Wednesday for those slain in the latest attack.

The strike on the army school united Pakistanis, already scarred by a decade of assaults, in shock and outrage and prompted the military to intensify an ongoing offensive against extremists in the tribal areas, and the government to launch a crackdown on extremism.

Security improved in 2015, which saw the fewest number of deaths from militant violence since the formation of the Pakistani Taliban in 2007 -- but critics have repeatedly warned the government is not taking long-term steps to tackle the underlying scourge of extremism.

"We understand their pain," Ajun Khan, who lost his only son Asfand in the attack on the Army Public School, said of the survivors of Wednesday's assault.

"We are not safe, even parents do not feel safe," he said.

The Bacha Khan attack, which Amnesty International said could be branded a war crime, earned global condemnation including from UN Secretary-General Ban Ki-moon and neighbouring India.