Death toll surpasses 70-mark with over 300 injured, many critically 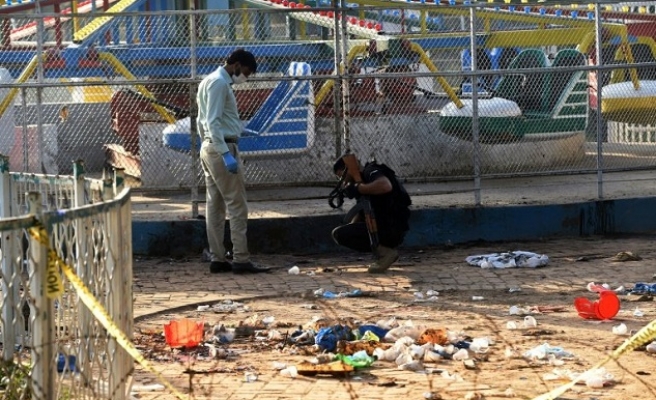 Grieving Pakistanis held special prayers and memorial services on Monday to mourn the victims of Sunday’s massive suicide blast in Lahore, as expressions of solidarity poured in from around the world.

A suicide bomber blew himself up in a park packed with men, women and children on Sunday evening, leaving over 70 people dead -- including 29 children -- and over 300 injured, many of them critically.

With the national flag flying at half-mast on all government buildings as part of a three-day mourning period, most of the dead were buried on Monday in different parts of Lahore.

Emotional scenes were seen at many of the funerals, as female friends and relatives of the slain wailed loudly as the men carried the coffins to the graveyards.

Most educational institutions remained closed across Pakistan, while major markets and trade and business centers were shut in Lahore.

Prime Minister Nawaz Sharif, along with his brother and chief minister of Punjab province (of which Lahore is the regional capital) Shahbaz Sharif, paid a visit to the injured at Lahore’s Jinnah Hospital.

Meanwhile, security agencies have detained the relatives of the suspected suicide bomber from a remote village in the Dera Ghazi Khan district, located some 450 kilometers from Lahore.

Those detained included three brothers of the suspected bomber, all of whom were taken to Lahore for questioning, the local ARY news channel reported.

Intelligence agencies also carried out five major operations -- in Lahore, Faisalabad and Multan -- within the last 12 hours, during which they took several suspects into custody, according to an army spokesman.