Pakistan on alert as governor's assassin is hanged

Pakistani authorities early on Monday hanged Malik Mumtaz Hussain Qadri, who was convicted of killing a governor of Punjab Province who had campaigned to change the country’s blasphemy law. Security has been increased around the country 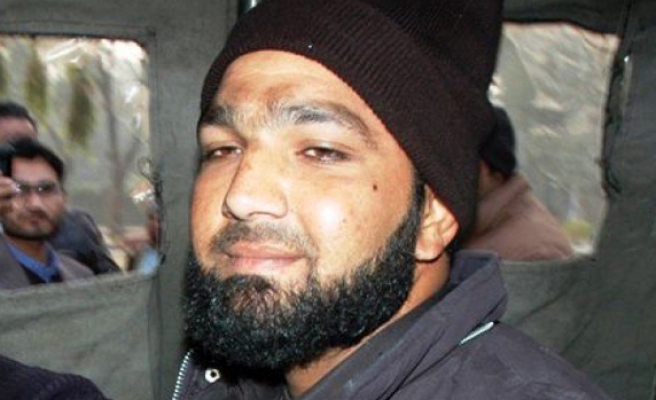 Pakistan Monday hanged the assassin of a governor seeking reform of the country's blasphemy law, in a blow to supporters who feted Mumtaz Qadri as a hero and had threatened violence if he was executed.

Security was stepped up at flashpoints across the country including the garrison city of Rawalpindi, where hundreds of supporters began gathering at Qadri's family home. Riot police were deployed in the nearby capital Islamabad as officials braced for protests from hardliners.

He later admitted the killing, saying he objected to the politician's calls to reform controversial blasphemy laws.

Blasphemy is a hugely sensitive issue in Pakistan, an Islamic republic of some 200 million, and Qadri has been hailed as a hero by many conservatives eager to drown out any calls to soften the legislation.

His body was being displayed to hundreds of supporters at his family's home in the city, where paramilitary ranger forces and police in riot gear as well as ambulances and dozens of police vehicles were stationed, an AFP reporter there said.

Armed rangers could also be seen on the roof of the building housing Qadri's residence, while authorities blocked some roads in the neighbourhood.

Cries were heard from inside the house as hundreds of men and women gathered, and mosques could be heard broadcasting news of the execution.

"I have no regrets," Qadri's brother Malik Abid told AFP, tears rolling down his cheeks, while women chanted poetry nearby.

He said the family had been called to the prison Sunday evening by officials who said Qadri was unwell.

But when they arrived, he greeted them with the news that authorities had deceived them, and that his execution was imminent.

"We started crying, but he hugged us and chanted 'God is great,'" Abid said.

"We have beefed up security in Rawalpindi to maintain law and order and to deal with any untoward situation," Gondal said.

Islamabad police spokesman Zia-ul-Qamar told AFP security has been tightened all over the capital.

"Islamabad police are on high alert to deal with any situation in the wake of the hanging," he said.

"Riot police have already been deployed in all sensitive areas and the Red Zone."

In the port mega-city of Karachi, protesters blocked main intersections and some petrol stations were closed after Qadri supporters ordered them shut.

A police spokesman said security forces were on high alert and extra police were being deployed to clear the roads.

However on Twitter some people were hailing the execution, calling it "justice served".

"A death should never be cause for any celebration but it's really difficult to feel any sympathy for this man or his vile supporters. #Qadri," wrote user Hasan Zaidi.

Others linked the hanging to news that Pakistani film maker Sharmeen Obaid-Chinoy had won an Oscar for her documentary on honour killings, calling it a "great day for Pakistan".

Critics of the legislation including European governments say Pakistan's blasphemy laws -- which carry the death penalty -- are largely misused, with hundreds of people languishing in jails under false charges.

Taseer had also been vocal in his support of Asia Bibi, a Christian woman who has been on death row since 2010 after being found guilty of insulting the Prophet Mohammed.

Qadri's lawyers drew on Islamic texts to argue that he was justified in killing Taseer, saying that by criticising the law the politician was himself guilty of blasphemy -- an argument rejected by the lead judge.

Qadri lost a petition for the Supreme Court to review his sentence in December last year.

The decision came after the court warned in October that in Islam a false accusation can be as serious as the blasphemy itself, and that calls for blasphemy law reform "ought not to be mistaken as a call for doing away with that law".

The court's decision to uphold the sentence sparked rallies in which Islamist groups said that if Qadri were executed those responsible should also be put to death.