Pakistan opposition in talks with government to end crisis

Negotiations revolve around six demands that Khan has made, including that the prime minister step down, fresh elections be held and electoral reforms carried out. 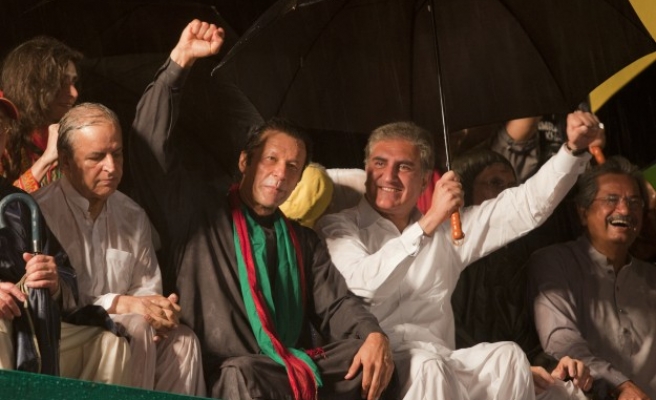 Leaders of Pakistani protests demanding Prime Minister Nawaz Sharif's resignation pressed on with talks with the government on Friday, reviving hopes for a political solution to a crisis that has destabilised the coup-prone nation.

Anti-government protests turned deadly last weekend, with thousands trying to storm Sharif's house, in an outburst of violence which has prompted fears that the country's powerful army might intervene and even topple Sharif.

But by Friday, the protest site was almost empty, with just a few hundred people huddling in torrential rain.

After weeks of deadlock, protest leaders Imran Khan, a former cricket star, and Tahir ul-Qadri, a firebrand Sufi cleric, are in talks with government officials to find a political solution.

Negotiations revolve around six demands that Khan has made, including that the prime minister step down, fresh elections be held and electoral reforms carried out.

"We are talking with the protesters but their motives are plain for all to see," Sharif told parliament.

Qadri and Khan have taken an inflexible stand on their demand that Sharif quit, and it was unclear what kind of solution would suit all the parties.

But Islamabad was full of speculation on Friday that the opposition might drop their demand for his resignation and agree to end their anti-government campaign. But in public, protest leaders remained adamant on their key demand.

"The government has accepted five out of six demands ... and the sixth is just unreasonable and non-negotiable," said ruling party minister Ahsan Iqbal, referring to the demand that Sharif resign.

Some ruling party officials have accused the military of instigating the unrest as a way of unsettling Sharif and exerting supremacy over him.

The army has denied it was meddling in civilian affairs, saying it was neutral and calling for a political resolution.

Few commentators think the army is bent on seizing power again but even if Sharif survives, he would emerge significantly weakened and likely play second-fiddle to the army on key security and foreign policy issues.

The crisis has taken many turns since protests broke out in mid-August, subsiding at times only to flare up again in violence, with most commentators saying it was too early to say whether a negotiated solution was in sight.