Gilani has cancelled a trip to Europe this month as media speculation swirls about a possible change of government following its perceived mishandling of summer floods. 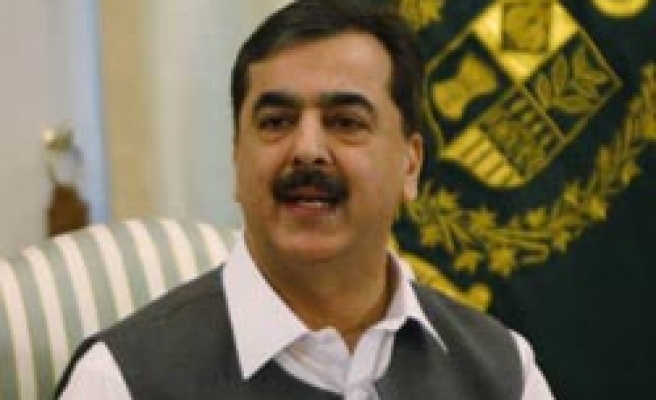 Pakistani Prime Minister Yusuf Raza Gilani has cancelled a trip to Europe this month as media speculation swirls about a possible change of government following its perceived mishandling of summer floods.

The floods have killed more than 1,750 people, forced at least 10 million from their homes and caused lasting damage to the economy of Pakistan, a country under heavy US pressure to intensify offensive on its local fighters who opposes US invasion of Afghanistan.

"In view of his pre-occupations with the post-flood situation, the Prime Minister has decided not to go ahead with his scheduled visits to Paris and Brussels," a Ministry of Foreign Affairs spokesman said in a statement.

The statement said the prime minister's trip to France was being rescheduled and that Foreign Minister Shah Mehmood Qureshi would lead Pakistan's delegation to the Asia-Europe summit in Brussels next month.

Gilani's press secretary, Shabbir Anwar, said the prime minister had been scheduled to leave at the end of this month for Paris with a delegation of 40 other officials to meet French President Nicolas Sarkozy and then travel on Oct. 1 to Brussels.

Instead he decided to stay behind and the size of the delegation was reduced to save on expenses after the floods.

"This had nothing to do with politics," Anwar told Reuters.

Pakistan President Asif Ali Zardari came under intense criticism last month for going ahead with a trip to Europe just as the flood disaster was unfolding.

The powerful military, which has held wide sway over security and defence policies even during civilian rule, took the lead in Pakistani flood relief efforts, reinforcing the view that it is the country's most decisive and efficient institution in times of crises.

Pakistani leaders have said the government has done its best to help flood victims given its limited resources.

Media speculation has been swirling that the army would take action against the government if it fails to lead effectively.

Even though Pakistan has a history of military coups, analysts say one is unlikely now because the army would inherit the flood disaster, and a takoever could make donors hesitant to provide aid for reconstruction after floods.

"No one knows if Gilani decided at the spur of the moment to cancel his visit, or he was advised not to travel abroad in the face of the urgency the government is facing because of the floods and the pressure for a change in government," said an article in Pakistan's The News on Saturday.

The newspaper has been outspoken against several Pakistani governments over the years.

Minister for Defence Production Abdul Qayyum Khan Jatoi resigned on Saturday after Gilani summoned him to explain why he criticised Pakistan's chief justice and the military.

"What is this 'boots (the military) are coming', boots are coming'? If they have boots, they should go and fight on the borders....," Jatoi told reporters in comments played repeatedly on Pakistani television channels. Media later said he was speaking in a personal capacity and not officially.

Ruling Pakistan People's Party (PPP) spokeswoman Fauzia Wahab said it had asked Gilani to meet other political parties to "counter these rumours" about a possible change in government.

"It's a war of nerves. Whenever our party is in power some factions (parties) gang up together and keep on conspiring against us," she said.

She that the military was not involved in the "campaign" because it could not afford to shift its focus away from the fight against Taliban insurgents.