Angry at the assassination of a prominent religious cleric, protesters blocked main highways in many districts. 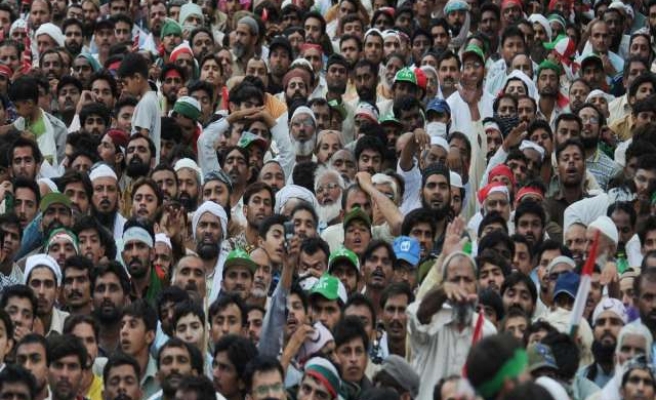 Protesters in a number of Pakistani cities took to the streets Sunday to show their anger at the killing of a prominent religious scholar, disrupting traffic on main highways in country's several provinces.

Khalid Mehmood Soomro, a former senator and a leader of the mainstream Jamiat Ulema Islam party, was gunned down at a Mosque in southern Sukkur district while offering Fajr (pre-dawn) prayers Saturday. The party chief, and a former opposition leader, Maulana Fazl-ur-Rehman who had escaped a suicide attack early this month, had called for a countrywide strike Sunday against the assassination of Soomro.

Life came to a complete standstill in Larkana district, the hometown of Soomro and of the slain prime minister, Benazir Bhutto while commercial activity was also halted as shops, markets, and business centers remained shut down in several districts, particularly in northwestern Khyber Pakhtunkhwa, southwestern Baluchistan, and southern Sindh provinces where Jamiat Ulema Islam has strong support base.

No major damage to life or property was reported from strike-hit areas.

Although the protests did not affect Karachi, Lahore and capital Islamabad directly, roads leading to these cities were blocked at different spots, suspending the traffic flow.