A Canadian, his American wife and 3 children are no longer in custody of terrorists, Pakistani army announces 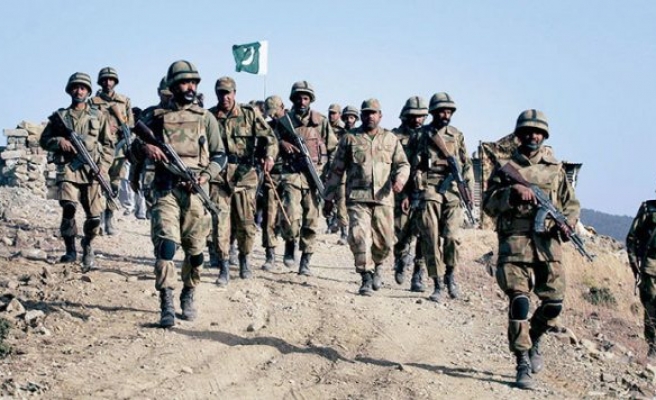 The military on Thursday announced the recovery of five foreigners who had been held hostage by an armed group since 2012.

The hostages included a Canadian, his American wife and their three children.

The Pakistani military's statement did not specify which group was behind the kidnapping or where they had been held since 2012.

Pakistani troops and the military’s spy agency -- the Inter Services Intelligence, also known as the ISI -- made the recovery on the basis of intelligence shared by the U.S. authorities, the army’s media wing, Inter Services Public Relations, said in a statement.

The hostages were shifted to Pakistan’s Kurram agency tribal region -- one of the seven semi-autonomous tribal areas in Pakistan along the Afghan border -- on Wednesday, the statement said.

“U.S. intelligence agencies had been tracking them and shared their shifting across to Pakistan on Oct. 11 through Kurram Agency border,” it said.

“The operation by Pakistani forces, based on actionable intelligence from US authorities was successful; all hostages were recovered safe and sound, and are being repatriated to the country of their origin.

“The success underscores the importance of timely intelligence sharing and Pakistan's continued commitment towards fighting this menace through cooperation between two forces against a common enemy.”

The operation follows Foreign Minister Khawaja Asif’s offer to Washington for broader cooperation against Taliban and its affiliates, especially the Haqqani network, along the Afghan border.

Khawaja in an interview with local broadcaster Express News earlier this week offered US military officials to visit and point out alleged safe havens of Haqqani network in the tribal region, particularly in North Waziristan.

"Pakistan army will destroy them then and there,” he had said.