Pakistani investigators found the data recorder from AirBlue flight 202, which crashed in heavy rain near Islamabad this week killing all 152 people onboard, officials said. 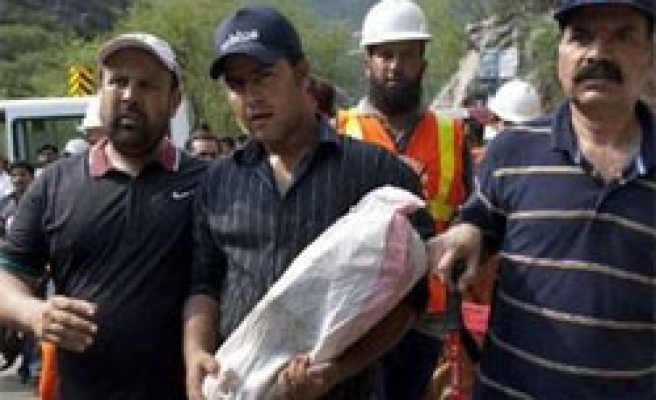 Pakistani investigators found on Saturday the data recorder from AirBlue flight 202, which crashed in heavy rain near Islamabad this week killing all 152 people onboard, officials said.

The Airbus 321 crashed on Wednesday into a steep and heavily wooded hillside overlooking the capital shortly before landing after a flight from the southern port city of Karachi.

"It (the data recorder) has been recovered from the scene, from the tail of the plane," Interior Minister Rehman Malik told reporters near the site of the crash.

The Director General of the Civil Aviation Authority, Junaid Ameen, told the private television channel Geo that both the cockpit voice recorder and the flight data recorder -- the so-called "black box" -- had been found.

While Wednesday's crash is the worst aviation accident inside Pakistan, the state-owned airline PIA has had worse disasters. In 1979 and 1992, PIA jets crashed in Jeddah, Saudi Arabia and Kathmandu, Nepal, killing 156 and 167 people, respectively.

Within Pakistan, the last major aviation accident was in 2006 when a PIA plane crashed near the central city of Multan killing 45 people.