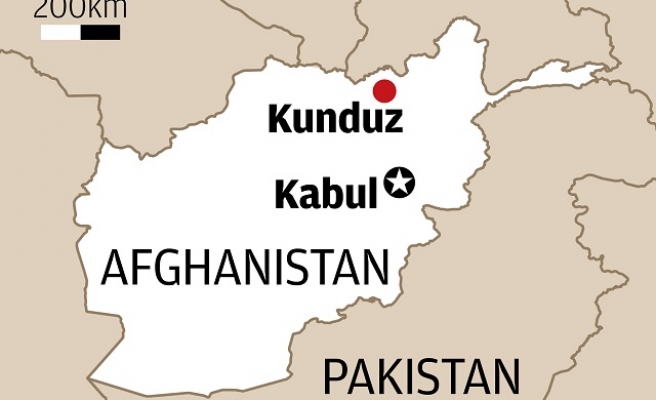 Pakistan's military has rejected allegations by Afghanistan's deputy army chief that Pakistani generals were involved in the Taliban's brief capture of Kunduz and had escaped the city wearing burqas.

Taliban fighters seized control of the northern Afghan provincial capital for three days last week, their most spectacular victory since being toppled from power by a US-led coalition in 2001.

"We will identify and detain these Pakistani generals who are hiding now and escaped wearing women's burqas," he said, according to Tolo News.

Pakistan was the Taliban's main ally during their 1996 - 2001 rule and is frequently accused by Afghanistan of supporting the present insurgency.

A Pakistani military spokesman said in a statement late Tuesday the allegations of Pakistani involvement in the Kunduz attack were "mischievous".

"The allegations levelled by an Afghan official are totally unfounded, baseless, uncalled for and mischievous," he said.

"Such allegations are not even comprehensible."

Pakistan for its part has been demanding Afghanistan hand over hardline cleric Maulana Fazlullah, head of the Pakistani Taliban, who is believed to be hiding in eastern Afghanistan.

Islamabad organised the first set of direct peace talks between the Taliban and the Afghan government in July. But another round scheduled for later that month was cancelled following the announcement of the death of Taliban founder Mullah Omar.

Hopes for better ties between the neighbours were high following the election of Afghan President Ashraf Ghani last year, who said he wanted a rapprochement similar to France and Germany after World War II.

But they have plummeted since then, with Kabul blaming Islamabad for a surge in Taliban violence this year, as Ghani accused Pakistan of sending "messages of war".