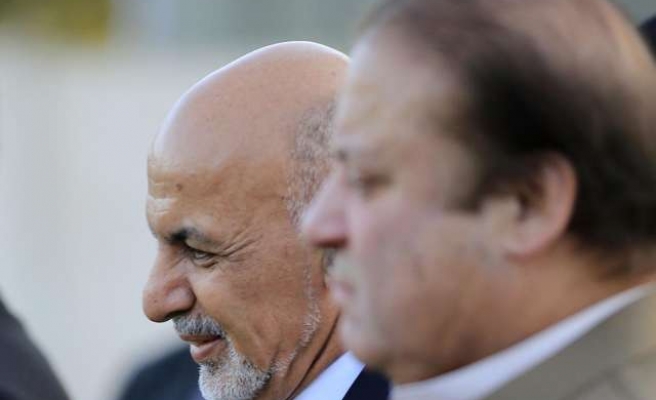 Pakistan's military told new Afghan President Ashraf Ghani that the security of the two countries was "inextricably linked" on Friday as Ghani kicked off a two-day trip aimed at rebuilding damaged ties between the two countries.

Relations have been harmed by regular accusations from both countries that the other is harbouring anti-government insurgents who cross the porous border and mount deadly attacks.

The trip is Ghani's first state visit to Pakistan.

A tweet from Pakistan's Major General Asim Bajwa, head of the military's public relations wing, said Ghani's trip took place amid a positive atmosphere and that border cooperation was "in focus".

"Peace and stability, everything to do with bilateral cooperation, political engagement, economic cooperation, the training programme - everything is on the table," she said.

One of Pakistan's chief concerns is the growing influence of its arch rival India in Afghanistan as NATO troops pull out this year. India has trained hundreds of Afghan security officers under a bilateral agreement.

Earlier this month, the Pakistani military offered a brigade-level training package to the Afghan military. Such offers have been made before, but the Afghans declined amid suspicions that Pakistan was sheltering Afghan insurgents.

Ghani, who took power in September following a protracted election dispute, has sought a role for China in mediating peace negotiations with the Afghan Taliban.

China enjoys good relations with both Afghanistan and Pakistan. Aslam says Pakistan welcomes an expanded role for China and is awaiting any requests from the Afghan government that might help kick-start the moribund Afghan peace process.