Afghanistan Interior Ministry spokesman Sediq Sediqqi called for an immediate halt to the shelling on Sunday. 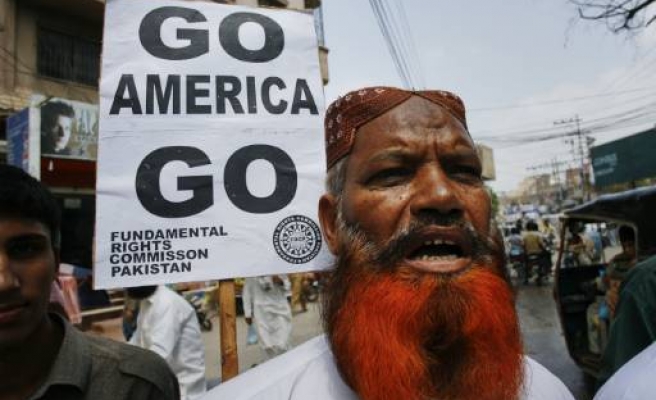 Pakistan's military has fired hundreds of mortars and rockets into border provinces in neighbouring Afghanistan, killing at least one civilian, destroying homes and forcing scores of villagers to flee, Afghan officials said on Sunday.

About 500 rockets and shells have been fired since Wednesday into eastern Kunar from a base in Pakistan territory, destroying six homes, two mosques and displacing more than 100 people in the province's Dangam district, provincial governor Fazlullah Wahidi said.

"I strongly condemn this senseless act by the Pakistan army and it must immediately be stopped," Wahidi told Reuters.

He said at least 30 shells had landed in neighbouring Nuristan province.

A Pakistan military official said clashes took place between troops and Afghan fighters throughout Saturday, but denied that hundreds of rockets and mortars had been used.

The incident follows more than a month of shelling by Pakistan's military in June and July that Afghanistan said had killed at least 42 civilians.

It led to protests in several Afghan provinces in July demanding a military response, but President Hamid Karzai overruled his defence and interior ministers who had sought permission to return fire.

Afghanistan Interior Ministry spokesman Sediq Sediqqi called for an immediate halt to the shelling on Sunday.

The Pakistan military official, who requested anonymity because he was not authorised to speak to media, said gunmen had attacked a military checkpoint, killing one soldier and wounding three others, adding that 15 fighters were killed.

"A shell or two may have landed on the other side but that was an unpopulated area, right on the border," he told Reuters.

"Pakistani security forces only engaged the fighters that had crossed the border and attacked them."