Pakistan's cricket community reacted with shock to fresh allegations that some players took bribes for spot fixing in the current series against England. 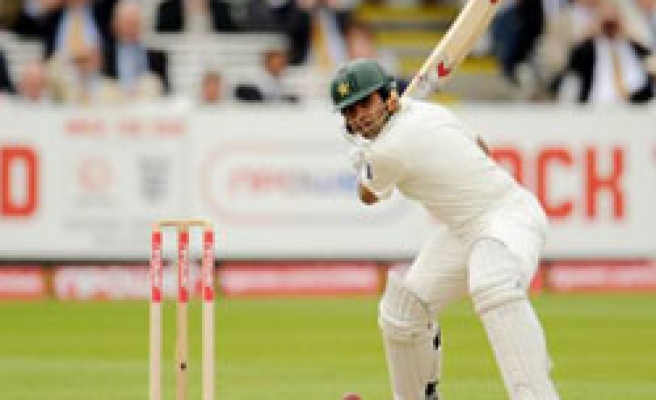 Pakistan's cricket community reacted with shock to fresh allegations that some players took bribes for spot fixing in the current series against England.

The allegations broke out after the International Cricket Council (ICC) confirmed that a man was arrested on Saturday on suspicion of conspiracy to defraud bookmakers.

"It has come as an absolute shock to me. I don't know how this could happen. What was the Pakistan team management doing?" former ICC President, Ehsan Mani, told Geo Super channel.

"I also blame the ICC anti-corruption unit, when a newspaper could uncover all this what was the unit doing, it is a shame for cricket."

Pakistan's former test captain Aamir Sohail called on Pakistan Cricket Board (PCB) president Asif Zardari to recall the management and players against whom allegations had been made.

"It is a disgrace for Pakistan cricket," Sohail told Reuters. "I don't think this board or management can do anything now when all this has happened under their nose.

"Now it is time for the President to act and show the world we are serious about tackling corruption in sports."

Pakistan collapsed to 74 all out in their first innings on Saturday and are 41 for four after following on, still trailing by 331 runs with England on the verge of victory, although the test has become a sideshow to events off the field.

In 2000 the Pakistani board banned former captain, Salim Malik, for life and fined five other players for their involvement in match-fixing.

After the tour to Australia earlier this year, there were allegations some players had underperformed deliberately, leading to an internal inquiry.

Seven players were disciplined following the probe for misconduct and indiscipline.

Five of the players were pardoned in June and returned to play for Pakistan.

Senator Haroon Akhtar, a member of the Senate standing committee on sports, said that the board was to blame for the latest scandal.

"The board had promised us ... they they would not spare players suspected of shady dealings but the PCB Chairman went back on his word," he said.

"This fresh controversy is a result of the board's failure to take action against corrupt players."

He called on the government to recall the players and try them under Pakistani law to uncover the truth.

"Rashid Latif (former Pakistan captain) had in 2003 in a letter warned the ICC to beware of this new trend of spot fixing in international cricket. No one took it seriously and this is the result," Ali said.