Pakistan 'steadfast in support to just struggle of Kashmiris'

The Kashmir issue has occupied Indo-Pak relations for decades, however Pakistan's Sartaj Aziz has reaffirmed the position of Pakistan that they are steadfast in the support of the Kashmiri struggle 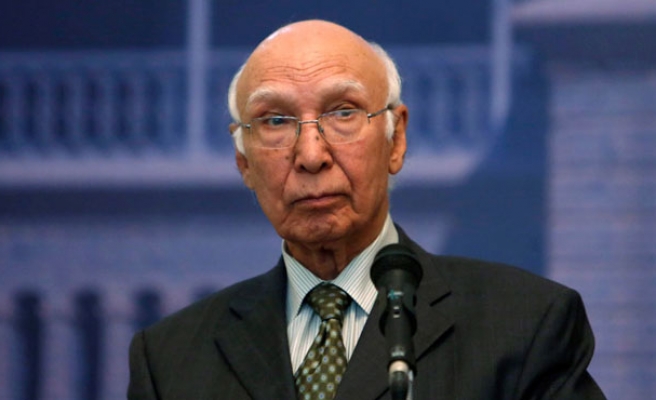 Pakistan was consistent in extending political, moral and diplomatic support to the people of Kashmir in their just struggle for their inalienable right to self-determination.
Aziz said Pakistan is ready to hold talks with India at any level without any preconditions.
The Contact Group of the Organisation of Islamic Cooperation on Jammu and Kashmir has expressed solidarity with Kashmir and extended full support to their cause.
The meeting attended by the OIC's foreign ministers which was held in New York on the fringes of the UN General Assembly.
Last Mod: 30 Eylül 2015, 09:59
Add Comment