Most of the cases have been reported in Lahore, the provincial capital, where about 2,950 people tested positive. 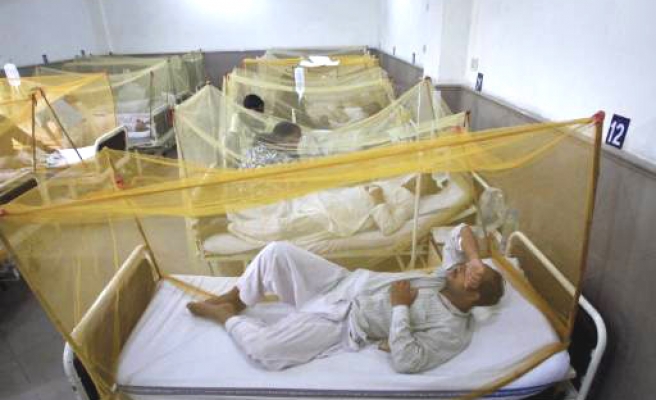 Pakistani authorities, already under pressure to help hundreds of thousands of flood victims, are struggling to contain dengue fever which has killed at least eight people, officials said on Wednesday.Around 4,400 cases of the mosquito-borne disease have been reported in the central Punjab province over the past two months, forcing the provincial government on Tuesday to close down schools for 10 days.

Most of the cases have been reported in Lahore, the provincial capital, where about 2,950 people tested positive.

"So far, eight people have died of dengue. We are trying our best to control this epidemic," Jehanzeb Khan, secretary of the provincial health department, told Reuters.

Health experts say the illness is spreading across the Punjab because of poor hygiene conditions, and heavy monsoon rain provides ideal conditions for dengue-carrying mosquitoes to thrive in stagnant waters.

The first case of dengue was reported in Pakistan in 1994.

Those who died included Ataullah Siddiqui, head of the provincial department of minerals and natural resources.

Khan said the government had launched a fumigation drive to kill mosquitoes.

Sri Lanka is sending a team of experts to Pakistan to help fight the disease, the Sri Lankan High Commission said in a statement.

Pakistan's weak civilian government, struggling to deal with floods that have killed 266 people, has been criticised by the media for dragging its feet on the dengue issue.

"The response to dengue has been adhoc, ex post, and therefore reactionary at best," The News daily said in its editorial.

The disease is a threat to nearly half of the world's population. Of the estimated 220 million people infected each year, two million -- mostly children in Latin America and Asia -- develop a severe form called dengue hemorrhagic fever.

There is currently no cure or vaccine for dengue fever.