Ashraf appeared in court over his failure to comply with orders to reopen corruption cases against President Asif Ali Zardari. 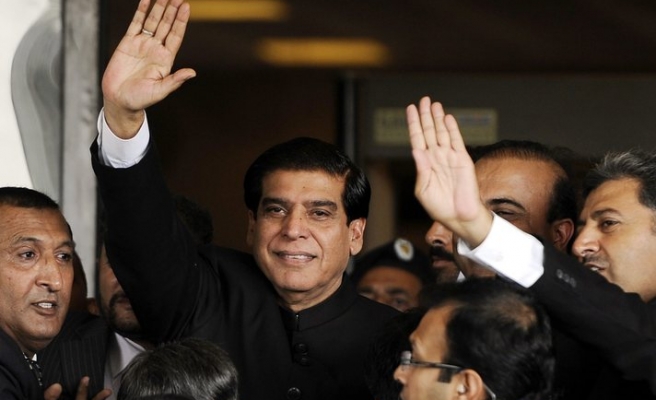 Pakistan's Supreme Court on Monday adjourned a case that could see Prime Minister Raja Pervez Ashraf being formally charged with contempt of court and disqualified.

Ashraf appeared in court over his failure to comply with orders to reopen corruption cases against President Asif Ali Zardari.

The case has fuelled tension in a long-running standoff between the government and increasingly assertive judiciary. The court adjourned proceedings until Sept. 18.

It said Ashraf must ensure a letter is written to Swiss authorities asking them to reopen corruption cases against Zardari. Justice Asif Khosa said Ashraf did not have to write the letter himself. He could nominate someone else to write it.

"I will make a sincere effort to solve this issue in a way that the dignity and honour of the Supreme Court will be maintained," Ashraf said.

Ashraf's predecessor, Yusuf Raza Gilani, was declared in contempt of court in June over the same issue and disqualified from holding the post of prime minister.

If Ashraf is disqualified, the ruling Pakistan People's Party can simply nominate a new prime minister since it has a comfortable majority in parliament.

Thousands of corruption cases were thrown out in 2007 by an amnesty law passed under former military president Pervez Musharraf, paving the way for a return to civilian rule.

The government has refused to obey the court's order to contact Swiss authorities to reopen the cases, arguing Zardari had immunity as the head of state.