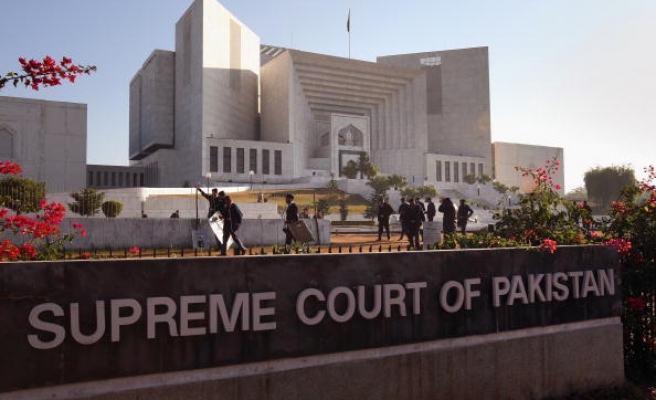 The Pakistan Supreme Court on Tuesday directed federal and provincial governments to adopt Urdu as official language in the country.

"In the governance of the federation and the provinces there is hardly any necessity for the use of the colonial language which cannot be understood by the public at large," the Court ruled out.

It went on to read that "many officials are therefore forced to spend time on attempting to initiate and take decisions in a language which they are not entirely comfortable with".

"The time thus spent is quite wasteful because a lot of energy is dedicated to deciphering the language of the noting (which could have been easily drafted in the Urdu language) itself rather than understanding its content or substance.

"This wasteful exercise at times results in absurd and farcical outcomes which would be wholly avoided by use of the National language," read the Supreme Court judgement.

The judgment is also binding on the statutory and regulatory bodies of the federal as well as provincial governments.

According to short-term measures, federal government departments have been asked to translate their policies and rules in Urdu in three months. The forms relating to all the government and semi-government institutions will be in Urdu and at key public places like courts, police stations, hospitals, parks, educational institutions and banks the information signs will be in Urdu besides the English language.

Likewise, contents of utility bills, passports, driving licences and various documents of the Auditor General’s office, Accountant General of Pakistan Revenue and Election Commission of Pakistan would also be in the national language.