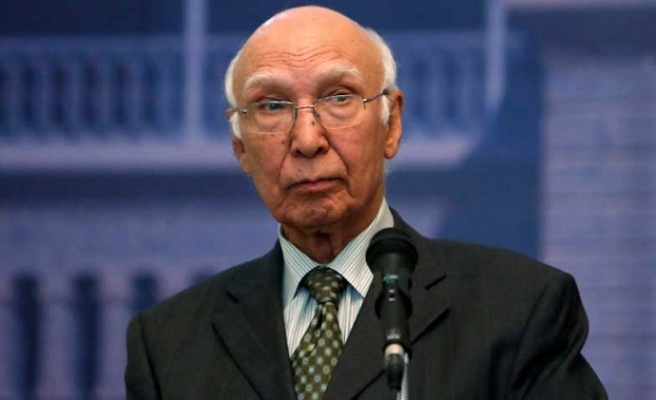 Aziz told the Pakistani Senate that Islamabad is set to push the UN General Assembly to declare the Indian Ocean a "nuclear-free zone." He added that Pakistan might also ask the 32 littoral states to support the move as well as dicsuss the issue with all major world powers.

"We are planning to highlight the dangerous implications of India's plans to nuclearise the Indian Ocean at all relevant international fora," Aziz said.

"These two developments are part of the massive conventional, nuclear and missile development programmes being pursued by India and are contributing to nuclearisation of the Indian Ocean," Aziz said.

Furthermore, the prime minister's adviser reassured the Senate that Pakistani forces are ready to defend the country in case of an aggression.

"Pakistan is fully prepared to defend its people and its borders. Despite limitation of resources, Pakistan has developed a robust nuclear deterrence, which is constantly updated.

"At the same time, Pakistan's successful efforts to ensure the safety and security of its nuclear and missile assets have been widely acknowledged," Aziz said.