Pakistan has ordered the evacuation of a southern town after the swollen Indus river broke its banks. 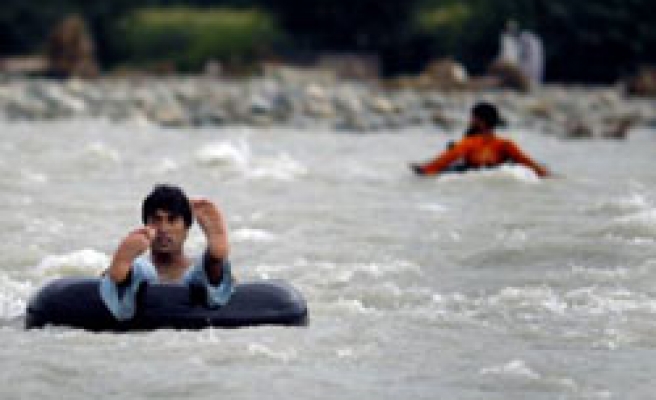 Pakistan has ordered the evacuation of a southern town after the swollen Indus river broke its banks, nearly a month after devastating floods first struck, an official said on Friday.

Floodwaters are beginning to recede across most of the country as the water flows down the Indus, but because of high tides in the Arabian Sea, they still pose a threat to towns such as Thatta, 70 km (45 miles) east of Karachi, in the river delta.

The floods have killed almost 1,600 people, forced about six million from their homes and raised the danger of epidemics with the lack of fresh food and clean water.

"There was another breach last night which is very close to Thatta and the evacuation has been ordered for the whole city," Riaz Ahmed Soomro, relief commissioner in the southern province of Sindh, told Reuters.

Many people from outlying areas had taken refuge in Thatta, which normally has a population of about 300,000, and now had to move again, he said. There is no threat to the southern business hub of Karachi.

Many people had already left the town but tens of thousands were left and the government was laying on transport to get them out, he said.

"Boats, buses, helicopters, everything is being used to evacuate people. The army, navy, everyone is involved in rescuing the people," he said.

The floods, which began after torrential monsoon downpours over the upper Indus basin, are Pakistan's worst ever natural disaster in terms of the amount of damage and the number of people affected.

Even before the floods, Pakistan's economy was fragile. Growth, forecast at 4.5 percent this fiscal year, is now predicted at anything between zero to 3 percent.

The floods have damaged at least 3.2 million hectares (7.9 million acres) -- about 14 percent of Pakistan's entire cultivated land -- according to the United Nation's food agency. The total cost in crop damage is believed to be about 245 billion rupees ($2.86 billion.)