Pakistan said it would petition US to repatriate a Pakistani mother of three sentenced to 86 years in jail whose fate sparked furious protests. 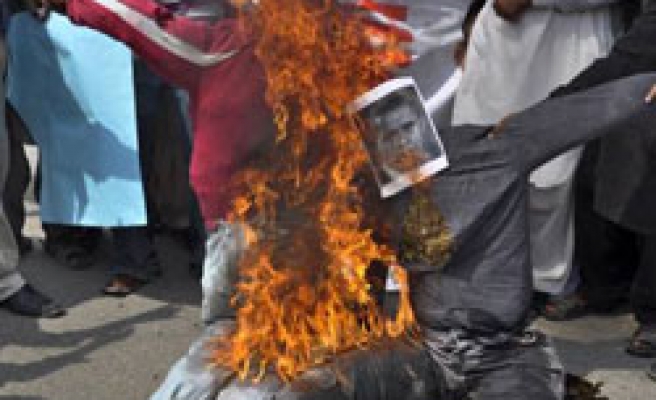 Pakistan said on Friday it would petition the United States to repatriate a Pakistani mother of three sentenced to 86 years in jail whose fate sparked furious protests.

A US federal court Thursday sentenced Pakistani scientist Aafia Siddiqui to 86 years in prison for trying to kill American soldiers and F.B.I. agents in Afghanistan.

The case of the scientist, Aafia Siddiqui, 38, had attracted wide attention, particularly in Pakistan, where she was widely portrayed as a heroine.

Siddiqui, who has a doctorate from Brandeis University in Massachussets, wore a beige tunic and white headscarf covering her mouth and forehead.

"It is my judgement that Dr Siddiqui is sentenced to a period of incarceration of 86 years," said judge Richard Berman.

Aafia Siddiqui, 38, denounced the trial and said an appeal would be "a waste of time. I appeal to God." “And he hears me.”

Once in the interrogation room on July 18, the day after her arrest, she allegedly grabbed the M4 rifle and started shooting US agents," the trial jury heard. No U.S. agents or soldiers were hit, but Siddiqui was shot and wounded in response, according to U.S. prosecutors' version of events.

In Karachi, Peshawar and Lahore, word of the sentence prompted protests from parties, which announced plans for nationwide demonstrations on Friday. Outside Siddiqui’s house in Karachi, dozens of protesters chanted anti-American slogans.

Ms. Siddiqui’s lawyers had requested a sentence of 12 years; federal prosecutors had pressed for life imprisonment.

“I am a Muslim, but I do love America, too,” she said. “I do not want any bloodshed,” she added. “I really want to make peace and end the wars.”

Her lawyer, Dawn M. Cardi, said, that the attack was not premeditated, and that Siddiqui was trying to escape from custody because she was petrified and frightened about being tortured, about being sent to Guantánamo.

"We will use every means to bring her back. Doctor Aafia is the daughter of the nation. We fought for her and we will fight politically to bring her back," Prime Minister Yousuf Raza Gilani told parliament.

Interior Minister Rehman Malik said the government would petition the US administration to review the sentence on a humanitarian basis and request that Siddiqui be handed over to Pakistan and dealt with under Pakistani law.

Asked under what circumstances Siddiqui could return home, the foreign ministry said Obama could pardon her, or an agreement could be reached for her to serve at least part of her sentence in Pakistan.