Earlier, the army spokesman rejected reports saying that the army chief had asked the prime minister to resign. 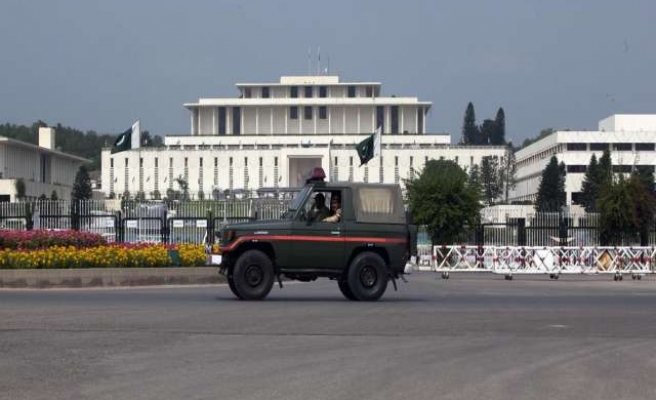 Pressured over its alleged involvement in the ongoing political standoff paralyzing Pakistan, the army said Monday that it was not involved with the protesters demanding the resignation of Prime Minister Nawaz Sharif for alleged electoral fraud in last year’s general elections.

The army’s clarification came after it has received criticism from various circles for not acting against violent protesters when they stormed and occupied the state-owned TV station Pakistan Television on Monday, as well as the parliament in Islamabad on Sunday. Many observers in Pakistan noted that while there was an army presence at the site of protests, it had not intervened when there was violence.

The army or the Inter Services Intelligence do not have a hand in the ongoing political crisis, said a press release issued by Inter Services Public Relations, the army’s mouthpiece, Monday.

"The Pakistani army is a non-political institution that has expressed it unequivocal support for democracy on numerous occasions," the statement said.

The statement adds that neither the army nor the Inter Services Intelligence are behind the Pakistan Tehreek-e-Insaf of former cricketer Imran Khan, or Pakistan Awami Tehrik of preacher Tahir ul Qadri.

Popular political figure Imran Khan and preacher Tahir-ul-Qadr have been demanding Sharif's resignation since their protests began on August 14.

Sharif has already refused to entertain the demand saying he enjoys the entire parliament’s support.

Three protesters have been killed and over 500 injured, including 90 policemen, in fierce clashes between the two sides in last three days.

Earlier, the army spokesman, Major General Asim Saleem Bajwa, had rejected reports saying that the army chief General Raheel Sharif had asked the prime minister to either resign or go on leave in order to resolve the standoff.