Only a small fraction of the six million Pakistanis desperate for food and clean water have received any help as U.N. appealed urgently for more funds. 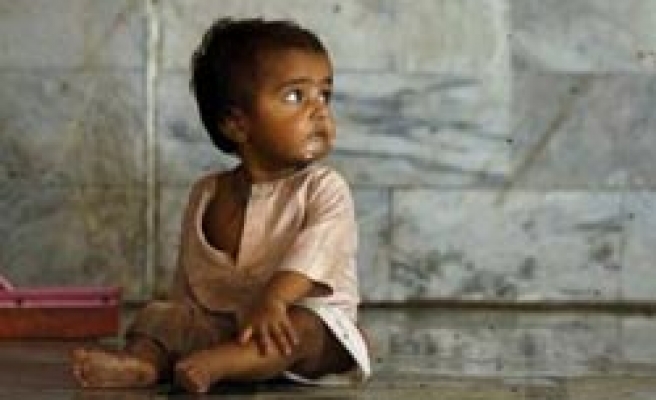 Only a small fraction of the six million Pakistanis desperate for food and clean water have received any help as the United Nations battled donor fatigue and appealed urgently on Tuesday for more funds.

With hundreds of villages marooned and highways and bridges cut in half by swollen rivers, food rations and access to clean water have only been provided to around 500,000 million flood survivors, the U.N. said.

"We have a country which has endemic watery diarrhoea, endemic cholera, endemic upper respiratory infections and we have the conditions for much much expanded problems," UNICEF Regional Director for South Asia Daniel Toole told a news conference.

"We cannot spend pledges. We cannot buy purification tablets, we cannot support Pakistan with pledges. I urge the international community to urgently change pledges into cheques."

Up to 1,600 people have been killed and two million made homeless in Pakistan's worst floods in decades. The United Nations has reported the first case of cholera, but only a quarter of the $459 million aid needed for initial relief has arrived.

"Only a limited proportion of food and water needs have been met. One of the major reasons for this is funding," U.N. spokesman Maurizio Giuliano told Reuters, adding the flood's slower unraveling compared to earthquakes and Tsunamis had dampened donor response.

"Floods do not come in 30 seconds ... but the humanitarian needs are greater than in Haiti."

The World Bank will loan $900 million to Pakistan for relief efforts. Funds will come through reprogramming of planned projects and reallocation of undisbursed funds, but it did not say how it would be used to aid victims.

"We are reprioritising to make the funds immediately available," said Mariam Altaf, a spokeswoman for the World Bank.

On Monday, some Pakistani flood victims blocked a highway to demand government help.

The damage and cost of recovery could bring long-term economic pain to Pakistan and shave more than one percentage point off economic growth, analysts say.

Pakistan's High Commissioner to Britain, Wajid Shamsul Hasan, told Reuters the cost of rebuilding could be more than $10 to $15 billion.

He appealed to the international community to provide funds for relief and reconstruction.

Islamic charities have stepped in to provide aid to flood victims despite government was under fire over slow relief efforts.