"Journalism has become the most dangerous profession here in Waziristan nowadays," a journalist said, "You never know when and who will hit you." 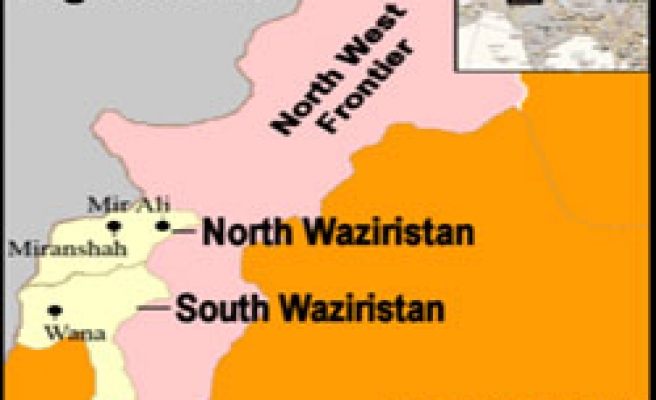 A local journalist was kidnapped by militants in Pakistan's troubled South Waziristan region on Thursday.

Pakistani journalist Lal Wazir, 38, was abducted at gunpoint while sitting at a friend's shop in Azam Warsak, 15km north of Wana, the capital of South Waziristan.

"We don't know the motive or the perpetrators, as no group or individual have so far claimed responsibility for his kidnapping," Ibrahim Wazir, the journalist's uncle, told Anadolu Agency.

"We have informed Political Agent officials about the incident and they are trying to trace him," he added.

The abducted journalist, who works for a local Urdu language daily, is also a research analyst for the Islamabad-based Fata Research Center, which deals with local tribal affairs.

Officials at the think-tank were not available for comment.

One Wana-based journalist told AA on condition of anonymity that he had seen Lal Wazir three days ago in one of the city's main bazaars.

"He seemed confused," the journalist said. "He kept trying to cover his face and looked here and there throughout the two- to three-minute meeting."

"It seemed as if he was trying to hide himself," he added.

"I asked him… if he owed money to the local shopkeepers," the journalist recalled. "But now I realize that was not why he was covering his face."

"Journalism has become the most dangerous profession here in Waziristan nowadays," he asserted. "Neither security forces nor Taliban are happy with us. You never know when and who will hit you."

South Waziristan is a former stronghold of the Tehrik-e-Taliban Pakistan (TTP), an umbrella group of various Taliban groups operating in Pakistan.

In 2009, the Pakistani army launched a major offensive in South Waziristan to flush the TTP out of the area following an attack on an army headquarters in the garrison city of Rawalpindi.

TTP militants have since moved their hideouts along the restive 700-km-long tribal belt, including North Waziristan, which borders neighboring Afghanistan.

However Wana, which has never been a TTP stronghold, is dominated by the anti-Taliban Mullah Nazir Group (CNG), whose leader Mullah Nazir was killed in a US drone strike last January.