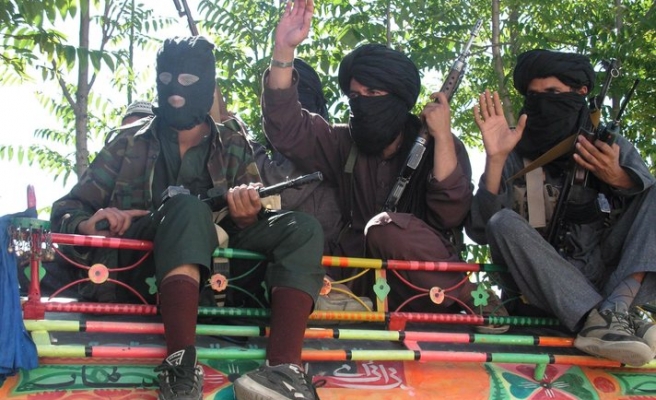 The Pakistani Taliban told the government there was no chance of peace in the country unless Pakistan changed its political and legal system and officially embrace Islamic law.

The government of Prime Minister Nawaz Sharif wants to find a negotiated settlement to years of fighting with the militants but talks broke down this month after a string of attacks.

In a rare face-to-face meeting with journalists on Friday in an undisclosed location in Waziristan, a lawless region on the Afghan border, main Taliban spokesman Shahidullah Shahid said there was still hope negotiations might resume.

"Despite recent bombings in North Waziristan and killing of our 74 men by the security forces during the peace talks, we are still serious about the talks," he said, wearing an AK-47 bandolier across his chest.

"If talks are to be held it would be only under sharia (Islamic law). We have made this clear to the government committee. We are fighting for the enforcement of sharia and we are holding talks for the same purpose."

Pakistan is a conservative Muslim country and although its constitution is rooted in Islamic traditions, the legal system is based on English common law.

Sharif came to power last year on promises to persuade the Taliban to stop fighting, effectively proposing to legalise the banned group as a political entity. He previously tried to introduce sharia in the late 1990s just before he was toppled in a military coup.

The Taliban organisers asked reporters not to identify the location of the meeting.

Many in Pakistan are weary of holding peace talks with a group which has killed more than 40,000 people since the start of its campaign against the Islamabad government in 2007.

With violence surging, many are puzzled by the continued insistence by both sides that peace can still be negotiated.

Pakistan's military, a powerful institution which has ruled the country for half of its entire history since 1947, publicly supports talks but in private senior officers express frustration, raising speculation that the armed forces are girding for tough action.

The last major military operation was in 2007 when the army flushed out Taliban from the deeply conservative valley of Swat, establishing a strong presence on the ground.

The Pakistani Taliban operate separately from Afghan insurgents but are similar in tactics and ideology.

Health workers are attacked regularly because the Taliban see vaccines as a Western plot to sterilise Muslims.

"Polio drops are not a vaccine against the disease," Azam Tariq, another Taliban official, told reporters alongside Shahid as he clutched prayer beads in his hands. "It is a campaign to damage Islam."